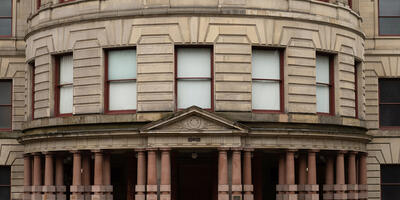 Today, Mayor Wheeler announced the new assignments of City Bureaus beginning an overhauled process of grouping City Bureaus into five service areas: Administration, Public Safety, Community and Economic Development, Public Works, and Culture and Livability. The bureaus within each service area will report to the same Commissioner-in Charge, as assigned by the Mayor.

“Today marks an important step toward the creation of five service-focused city areas that will create the basis for how the future City Administrator will lead bureaus in 2025, overseen by the Mayor,” said Mayor Ted Wheeler. “Over the next two years, we will continue working with commissioner staff and bureaus to help make city-offered services more integrative. I have met with each Commissioner several times over the last few weeks to discuss service areas, including newly elected Commissioner Rene Gonzalez. This shift will help improve how the city manages and oversees bureaus and will ease our full transition to a City Administrator management system over the course of the next two years.”

Under Portland’s current form of government, the Mayor is given the duty to assign city bureaus to each City Commissioner. This follows a recent Executive Order signed on December 30, 2022, which went into effect January 1, 2023, to assign bureaus by service area.

Oversight of the Small Donor Elections Program is set by City Code 2.16.190, which will be amended in early 2023.

With this new form of government taking effect in January 2025, City Council has two years to implement these charter changes, including transitioning how City bureaus are administratively managed to align with and prepare for City Administrator oversight and improve service delivery to Portlanders.

During the two-year implementation window, the City must continue to focus on addressing major challenges citywide, specifically regarding homelessness and public safety. The work listed above represents three essential drivers of change: preparing for better governance, improving service delivery and bureau management, and addressing Portland’s most challenging problems of homelessness and public safety.