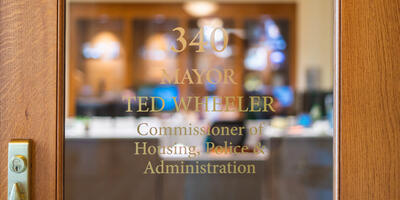 Background: I’ve spent 7 years designing and facilitating public engagement research projects on behalf of local governments, nonprofit and community organizations, schools, and universities in three states. In past projects, I've worked to address systemic hunger and poverty in rural neighborhoods, develop strategic housing plans, and forefront inclusion and community voices in two city master plans. I have a B.A. in Communication Studies from the University of Nevada, Reno; an M.A. in Communication Studies specializing in Deliberative Practices from Colorado State University; and a Graduate Certificate in Public Management from the University of Missouri.

I lead our communications team and work to build stronger relationships with the public through strategic messaging.

Background: I have wide-ranging experience in Public Affairs, working for a variety of elected officials, federal and state agencies, progressive political campaigns, and non-profit organizations.

As a native Portlander, no matter where I move to work or study, I always return to my home. Finding solutions to seemingly intractable problems through policy development is my passion.

Background: I am a lawyer, an alumna of University of Oregon School of Law, and earned a master’s degree in Political Science from Portland State University’s Hatfield School of Government. I believe politics can be a force for good and worked for Senator Ron Wyden as a legal fellow in Washington, D.C., as well as on various political campaigns throughout the country. I am fluent in Spanish and have worked on immigration issues abroad and in the U.S.

Background: I have spent 15 years advancing public policy that drives inclusive economic growth, serving as a policy director for Walmart, Inc., a Legislative Director in the U.S. House of Representatives, and an advisor for several U.S. Agency for International Development-funded economic development programs, in Afghanistan and Indonesia. I hold a Master of Public Policy from the Harvard Kennedy School, and a B.A. in Government from Colby College in Maine.

Background: I've worked in urban planning and public policy for the last eight years, most recently as a policy advisor in the Mayor's Office in Seattle where I focused on land use/development, community investments, and economic recovery. I have a graduate degree in Urban Planning from Columbia University and a bachelor's in business and Economics, and spent a few years working in education on the east coast early in my career before returning home to the northwest.

I serve as bridge between constituent and our office, building and strengthening relationships with the people of our city.

Background: As a trial attorney with the Office of the Colorado State Public Defender, I worked to protect the constitutional rights of people accused of crimes ranging from petty offenses to homicide. I then expanded my criminal justice experience with the Office of the Independent Monitor for the City and County of Denver as a Deputy Monitor, where I evaluated and analyzed law enforcement internal affairs investigations and policies. I received my J.D. from the University of Denver Sturm College of Law and my B.A. with honors in Law & Society from the University of Denver. My entire career has been devoted to achieving fairness and equality in the criminal justice system and I am honored to use this experience to serve the people of Portland.

Background: I am an attorney, journalist, pilot, and guitarist. I hold a B.A. in History from Lake Forest College, a J.D. from the University of Oregon, and an M.A. in International Relations and Global Journalism from New York University. Currently, I work as the Senior Defense Editor at 1945 covering politics and national security. My previous experiences include: a US Air Force pilot slot (from which I was medically discharged); a brief stint playing professional hockey, and; various roles related to criminal justice.

John was born and raised in Virginia Beach, Virginia. He graduated from The College of William and Mary and double majored in accounting and government. After college, John worked on various political campaigns at the state level, mainly in field organizing. He attended Portland State University for graduate school in political science, where his academic interests focused on state and local politics.

While in law school, Kris was selected for Hofstra’s Law Trial and Advocacy Team, the 2015 WRHU 88.7FM Training Program at Hofstra's Lawrence Herbert School of Communication, where he trained to be a professional broadcaster, and studied comparative international law in Havana, Cuba. Kris has diverse professional experiences including but not limited to being the award-winning Community Development Educator at Freedom First Credit Union, one of Virginia’s largest Community Development Financial Institution, being the Eastern Auction Manager for the nation’s leading technology real estate marketplace, and legal intern at the Roanoke City Public Defender’s Office. Overall, Kris is passionate about public service, skating, and international travel.

Background: I am a transplant to Portland from Denver where I have spent the last four years working as an attorney for the Office of the Colorado State Public Defender. I conducted 25 jury trials and many other hearings dealing with simple allegations all the way up to the most serious crimes a person can be charged with. I spent time in Washington, D.C. working for the National Education Association during President Obama’s second campaign and was able to help advocate for strong public schools and more robust funding. I have had the privilege to stand beside many people as they faced the scariest moments of their lives and help them put those moments behind them. I attended the University of Central Arkansas for my undergraduate degree and I went to the William H. Bowen School of Law for my law degree. My time in public service has taught me that no one is defined as their worst moment and a little help goes a long way.

I use social media to help Mayor Wheeler connect directly with his constituents and community.

Executive Assistant to the Mayor

Background: A lifelong Oregonian, Amanda spent a decade working in public education, where she formed her deep dedication to equity and public service. As Executive Manager to the President at Portland State University, internal and external relationships were key to her success. She is an avid reader and international travel enthusiast. Amanda holds a Bachelor of Arts in Communication Studies and a Certificate in Strategic Communications and Public Relations from Portland State University.

Background: Lifelong Oregonian, with 15 years of local, state, and federal experience. Undergraduate and graduate degrees from the University of Portland. Previously served as the chief of staff to the Multnomah County commissioner for District 4 and as the deputy city manager for two mid-sized cities in Oregon. Concurrently, serving in the Oregon Army National Guard with occasional overseas assignments in Iraq, Kosovo, and Bangladesh. Returned to Oregon in June 2022 from the U.S. Embassy in Bangladesh. Proud member of Portland’s LGBTQ community and a senior fellow with the American Leadership Forum of Oregon.