Have you interacted with our customer service recently?

We want to hear from you! Whether you called us, emailed us, or paid your bill online, we want to hear about your experience on our Customer Service Survey.

The Reservoirs of the Water Bureau: Portland’s Super Bowls 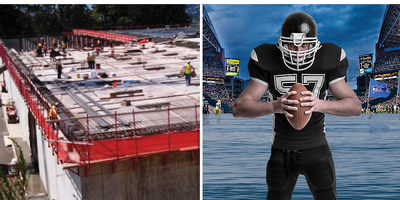 Portland doesn’t have professional football, but the Rose City benefits every day from a series of super bowls: the closed reservoirs that hold millions of gallons of excellent drinking water.Thanks to years of thoughtful planning, Portlanders benefit from a resilient system of water-filled tanks, reservoirs, and standpipes. Let’s look at how this amazing infrastructure stacks up compared to NFL players competing to win the big game.

103 million to watch a roster of 53 players. Our 53 reservoirs hold 200+ million. The Super Bowl is the US’s most-watched television event of the year. Each year, an average of 103 million Americans watch the pro football championship game, which pits two teams of 53-player rosters against each other. 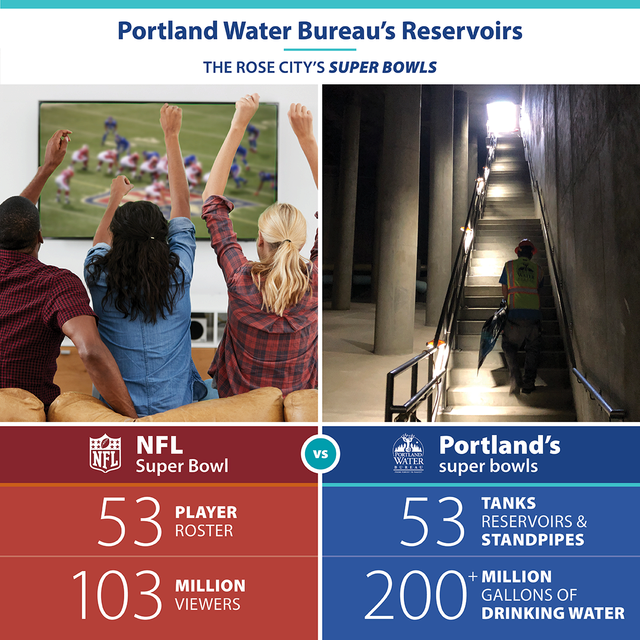 Stay up-to-date on this project by signing up for the Washington Park Reservoirs Improvement Project newsletter. 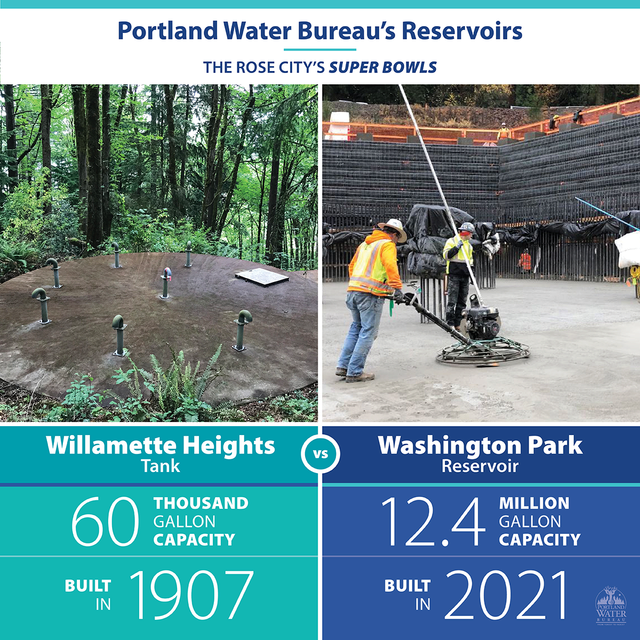 Helping everything move forward, our six terminal reservoirs do the heavy lifting. Acting almost like an offensive line, our terminal reservoirs move water through our entire system, helping to regulate water pressure and maintain consistent water quality. The two reservoirs at Powell Butte and one each at Kelly Butte, Sam Jackson, Washington Park, and Mayfair combine to hold approximately 145 million gallons of excellent drinking water.

Could you play an NFL game in knee-deep water? The Kelly Butte Natural Area is a Portland gem. Just east of I-205, the Southeast Portland park features wooded trails through native shrubs and ferns. Park-goers often overlook that they’re standing on the Kelly Butte Reservoir. The two cells that make up the Kelly Butte Reservoir hold a total of 25 million gallons of water. That’s enough water to cover the football field, from endzone to endzone, with nearly two feet of water at all 30 NFL stadiums. 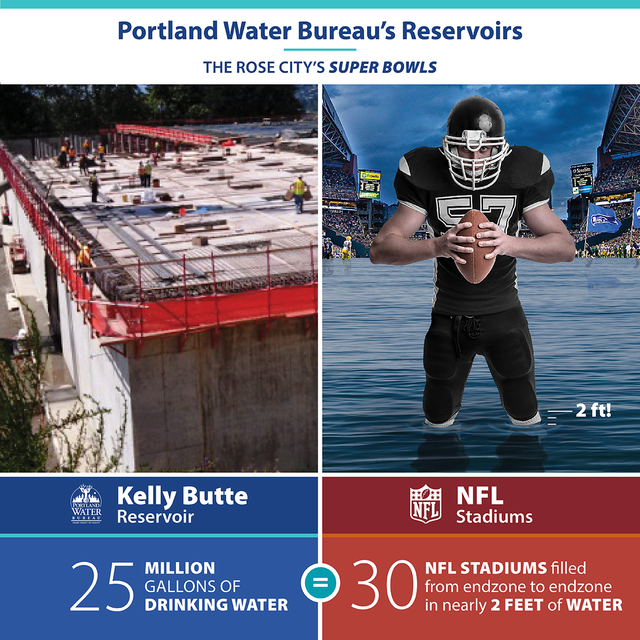