Skip to main content
Seeing yellow or tea-colored drinking water? It is natural color from the forest and safe to drink.

Residents around the Portland-area are seeing a slight, tea-like color in the water. This yellow tint is a lingering result of the heavy rains in early November. The water is safe to drink. Find more information at portland.gov/water/YellowWater. 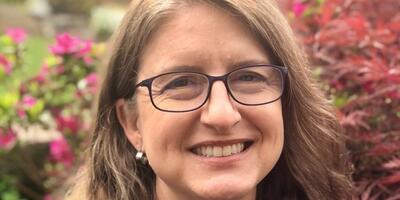 “I’m honored to be the second woman in this role and I think it speaks to the efforts that the Water Bureau, the City, and the industry are making in being more inclusive. I’m thankful to have worked in places that have had females in leadership and encouraged growth, including Teresa as the previous Chief.” said Inman. “For me, leadership is about building relationships and seeking to understand people’s perspectives. At some point, a decision needs to be made but I want to be there for meaningful dialogue.”

Some of Inman’s thoughtful decision-making will be immediately applied to an upcoming challenge: competing priorities  for space in the right of way, both above and below ground. Aging infrastructure, new development, changes in urban planning and standards all contribute to competing needs for limited space.

“We will be challenged as a City and a bureau to work together to  support growth and incorporate change, while protecting assets, being equitable, and keeping rates affordable. We need to learn from each other, understand perspectives, and when conflict arises, come together to consider solutions that are best for the City,” said Inman.

She is also invigorated by working on some of the most critical infrastructure investments in the Water Bureau’s recent history, the Bull Run Treatment projects and Willamette River Crossing.

“These projects are an opportunity to provide reliable and safe drinking water to our customers and future Portlanders,” Inman said. “I am honored to lead the teams improving seismic resilience, for life and safety, but also to support economic recovery. I will ensure the Water Bureau has the tools to adapt to factors like climate change and future regulations—not to mention the highly important everyday work of maintaining, repairing, and replacing our aging infrastructure.

Inman was drawn to the Water Bureau by its mission-driven work. She began with the engineering planning group, where she supervised a professional and technical staff in support of project planning, asset management, and hydraulic modeling. From there, she worked as an engineering supervisor on special projects. Inman recently held the position of Interim Chief Engineer for three months.  She leaves behind her most recent position of engineering manager in the design group.

“I’ve worked on a wide diversity of projects that have allowed me to build relationships around the bureau and have given me a well-rounded perspective on how this all plays together,” said Inman.

Inman says she hopes to build on the work of those who came before her by incorporating equity throughout all processes, from our approach to project selection to how we engage with our community to consider equity impacts through construction.

“Our projects and capital work provide real opportunity to make a difference, through support of local minority- and women-owned firms and promotion of living wage jobs for those historically underrepresented groups,” she said.

Internally, Inman supports challenging ourselves to create a more inclusive and welcoming environment; to improve the diversity of our staff to be more representative of our community; and, as an engineer, to create interest and opportunity in some of the more traditionally technical fields. 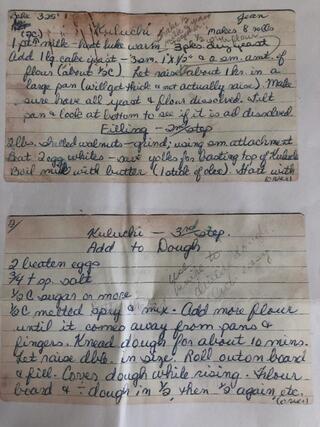 When engaging in Inman’s open-door approach, you may spot a marsupial in her pocket or gliding down from a landing just behind her. Inman has two sugar gliders named Chili and Pepper, who sleep in her pockets by day and launch from high objects at night.

You can count fresh baked sweet bread to be among one of Inman’s tools for engagement. While  better known for her cookies, Inman’s heart is in kuluchi, a sweet bread, harkening back to her Hungarian heritage. She treasures the hand-written recipe passed down from her grandmother and in her mother’s penmanship.

“We’ve grown so much in the last decade,” said Inman. “I’m excited to be a part of where we are headed and I’m hopeful that my focus on engagement makes the Water Bureau the place that we all want it to be.”