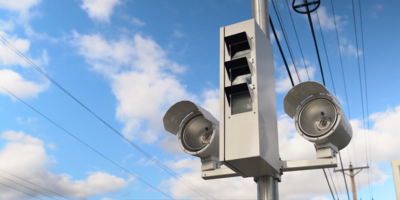 Speeding is a top contributing factor to deadly crashes across the Portland region. Speed safety cameras are a proven tool to support safe speeds.

Read about your options here

There are eight fixed speed safety cameras in Portland. Each camera enforces one direction of travel.

New camera locations are coming soon! In 2022-2024, The City of Portland will install new cameras, including intersection safety cameras. The list of locations listed below is not exhaustive.

Why is Portland enforcing speeds on specific streets?

Most deadly crashes in Portland occur on big arterial streets. These streets have a serious crash rate 4.3 times higher than the freeway system.

Hasn't Portland had speed safety cameras for a long time?

Prior to 2015, state law only allowed photo radar systems to be operated in mobile vans for no more than four hours in one location with a uniformed police officer present. This resulted in inconsistent enforcement and a “decay effect” – travelers return to speeding once the van leaves. The newer fixed speed safety camera system provides more consistent and predictable speed control on Portland’s most dangerous streets.

Speeding is a top contributing factor to deadly crashes across the Portland region.

How can I avoid a speed safety camera citation?

We post signs ahead of all speed safety cameras to help people avoid a citation. Signs include “Traffic Laws Photo Enforced,” a speed limit sign, and a speed reader board displaying your current rate of speed.

What is the typical fine for a speed safety camera citation?

Penalties are the same as a speeding violation initiated by any other means. The typical speeding citation in Oregon is a Class C violation (11 to 20 mph in excess of the speed limit) resulting in a $170 fine.

The purpose of fixed speed safety cameras is to change behavior, not to generate revenue.

More than two-thirds of the traffic fine revenue collected by Portland's speed safety camera program go to the State of Oregon’s Criminal Fine Account. The statute authorizing Portland to use fixed speed safety cameras directs that any amount paid to the City of Portland as a result of this program must pay for operating and maintaining the cameras and for improving traffic safety.

The following reports are external PDF files hosted by the Oregon State Legislature.

PBOT to lower speed limit on 5.5 miles of 122nd Avenue to improve safety on a high crash corridor