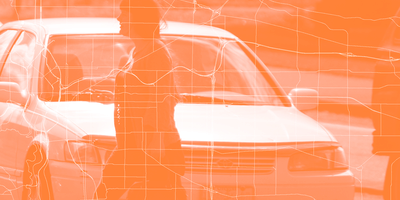 No person should die or be incapacitated in the everyday act of moving about. But each year dozens of Portlanders lose their lives doing just that.

In 2015, Portland made a commitment to eliminate traffic deaths and serious injuries on city streets. The 2016 Vision Zero Action Plan mapped out actions to make that commitment a reality.

Portland's Vision Zero 2-Year Update report describes lessons learned during Portland’s first two years as a Vision Zero city and sets the stage for the next phase of work. We describe commitments from this report below.

Strategic Commitments to Achieve the Vision

Out of 34 traffic deaths in 2018, 16 were people walking. This reflects a continuing trend: during the past five years, on average 39% of traffic deaths have been pedestrians.

What the data tells us about pedestrian crashes:

Following international best practices, Portland is lowering speeds where people walking, bicycling and driving mix. Slower speeds help prevent death or serious injury when mistakes happen and crashes occur. Where there is separate and protected space for people walking and bicycling, speeds can be somewhat higher.

Each of these is a cornerstone of Portland’s work to prevent fatal crashes.

A “safe systems” approach means designing streets to protect people even when they make mistakes. Street improvements that slow traffic and provide separation between modes give visual cues that people in cars, trucks, on bikes, and pedestrians are expected to share the streets. These environmental cues lead people to make safer choices.

In the last two years, 65% of Portland’s traffic deaths occurred on 8% of Portland streets. Many of these wide, fast streets need transformative changes that only major projects can provide. These projects can often take years to fund, design and build—but PBOT is doubling down on them, delivering the corridor-wide projects that are the backbone of Vision Zero actions.

Education and outreach are critical to achieving safe streets in Portland. In a safe system City-led infrastructure and enforcement complement programs that engage people in making their streets safer. The responsibility for safe streets is shared between transportation system designers/operators and users of the system.

As we lower speeds and deliver safety projects, PBOT’s engagement and education programs will raise awareness about dangerous behavior and help shape community expectations around speed and other crash factors.

Over the next three years, actions to create a culture of shared responsibility will include:

These actions are woven into the fabric of PBOT’s safety and community engagement work. Other specific commitments are listed below.