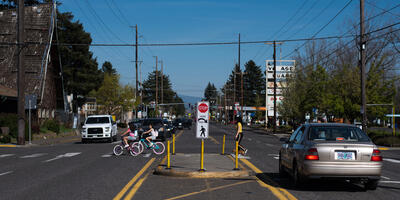 The Portland Bureau of Transportation (PBOT) is planning to make safety improvements along SE Stark Street between SE 108th Avenue and SE 162nd Avenue.
On this page

Design of the priority improvements identified in the Safer Outer Stark plan will begin soon, with construction estimated for 2024/2025. 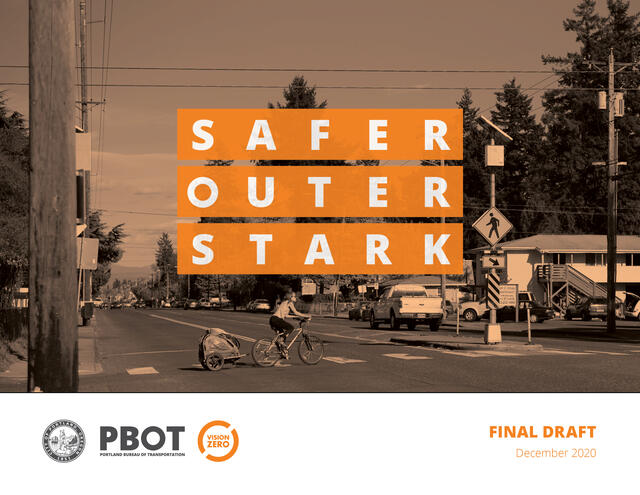 If you have comments or questions about the plan, feel free to email the project team.

This video summarizes the planning process and how the Safer Outer Stark project will make improvements along this High Crash corridor.

The primary purpose of the Safer Outer Stark project is to improve safety along corridor. During previous outreach efforts, safety was identified as one of the main community concerns. Other concerns and desires for the area include improved lighting, slowing vehicle speeds and improving access to transit, concerns over personal safety, the need for improved sidewalks, and fear that road improvements will lead to displacement.*

The planning, design, and construction of improvements are funded through taxes from House Bill 2017, development fees, cannabis taxes, and Build Portland funds. The Build Portland funds will pay to repave a portion of SE Stark Street, with the remaining funds dedicated to improved crossings and corridor safety. 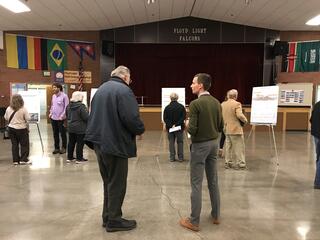 Community input about issues and priorities is reflected in the Safer Outer Stark project. During the spring of 2019, the project team conducted an online survey and met with community members in person to gather information about traffic safety needs. Street lighting emerged as the top concern for community members. Street lighting infill will be constructed as part of the project along the north side of Stark Street.

The project team developed design options based on community input from spring 2019 and information gathered about crashes and current conditions along the corridor. In the fall and winter of 2019-2020, the project team shared the possible design concepts with the public to gather feedback and help prioritize crossing needs and other improvements.

Materials from the November open house can be found here:

To learn more about community priorities and concerns, read through the public involvement summaries below:

As a Vision Zero city, Portland has committed to eliminating traffic deaths and serious injuries. SE Stark Street has been identified as a High Crash Corridor for all modes – people in motor vehicles, people walking, and people bicycling.

A comprehensive crash analysis was conducted to better understand the issues along the corridor contributing to the high number of serious and fatal injury crashes. Both a summary and a full report are available.