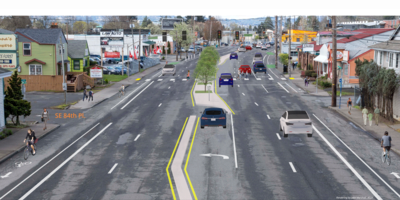 Construction in 2021
On this Page

Construction began in July 2021 and is anticipated to be completed fall of 2022.

Raimore has completed construction of all major safety elements on the project. Over the coming months, Raimore will be working on completing remaining stormwater management scope as well as closeout and corrective work along the corridor. This includes additional signing and striping for the protected bike lanes.

Get the latest updates on this proj 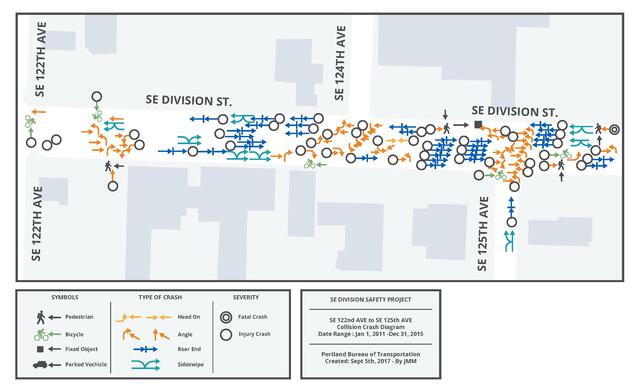 The Oregon Department of Transportation (ODOT) will improve safety at the interchange of I-205 and Division Street by reconfiguring lanes and improving intersections to reduce conflicts and crashes. This will include dedicated turn lanes and upgraded traffic signals. Buffered bike lanes will create space between bicycles and vehicles to reduce conflicts. New curb ramps will improve safety and accessibility for everyone, including people with disabilities. Construction is expected to begin spring 2021 and continue through the end of 2021.

A smoother street is coming to SE Division Street from 130th to 148th avenues beginning Monday, May 3