Transportation
In Planning
This project comprises Phase Two of the Lents Town Center Improvements. It will address long-deferred roadway maintenance needs as well as provide safety improvements for all modes of transportation. 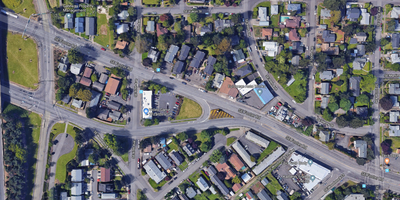 Construction 2020
On this Page

PBOT is collaborating with ODOT to determine signal warrants at the locations shown above. We are also reviewing all planning design concepts to determine which are most viable.

PBOT is preparing a right-of-way and project survey to determine the boundary of the project and the beginning of the civil design portion.

Upgrading the Foster-Woodstock couplet is a high priority, as this area is expected to see significant population growth in the coming years.

SE Foster Rd and SE Woodstock Blvd, in the eastern half of Lents Town Center (east of I-205), are in a state of disrepair and require major paving work. Foster and Woodstock are also on the High Crash Network, and improving safety for all commuters and pedestrians is a high priority.

To improve safety, this project will reduce conflicts between people walking, bicycling, and driving by providing greater separation between these road users. The project will also construct enhanced pedestrian crossings along the corridor as identified in the adopted East Portland in Motion Plan. This will allow people to safely cross the street to access bus stops, businesses and other destinations.

Finally, the project will include much needed ADA upgrades to corner curb ramps to improve accessibility along the corridor. 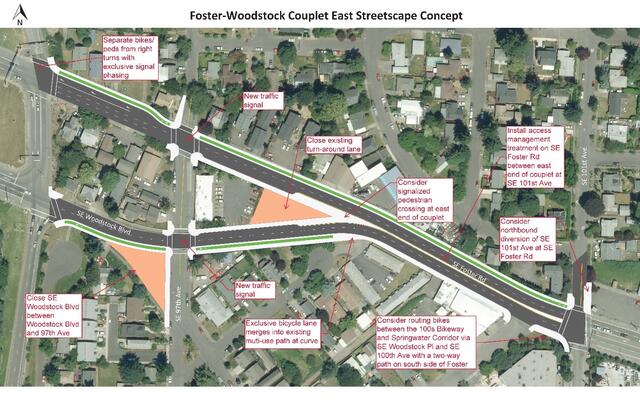