Transportation
Completed
The Burnside Concept Plan provides a long-term conceptual vision for Burnside Street. The plan includes recommendations for streetscape design, improvements for all modes of transportation, and an implementation strategy. 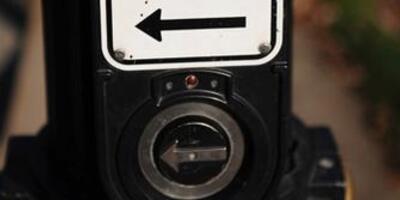 The plan was developed with the Stakeholder Advisory Committee and with community input based on the preferred design alternatives. Catalyst development areas are also identified as potential redevelopment opportunities. Infrastructure improvements are recommended to support these areas.

The pre-planning phase defined the topics to be addressed and  the structure of the planning effort. A Stakeholder Advisory Committee (SAC) was formed to help guide PBOT and the design team in the pre-planning effort, and they continued their role in the planning phase. SAC members included representatives from the affected neighborhoods, business associations, major planning efforts, business and property owners, social service agencies, and the community. Input was also gathered at a community workshop in May 2000. A scope of work was developed outlining the tasks and activities to be completed to produce a final plan.

Burnside Street originally was named B Street as part of the "Alphabet District" in northwest Portland that was laid out by Captain Couch. B Street extended from the waterfront to 16th Avenue where it joined Washington Street to continue westward. What we call Burnside Street west of 16th today was considered an extension of Washington, not B Street. This combination of B and Washington Streets formed the principal east-west thoroughfare from the river and led to Tuality Road, a rough road winding through present-day Washington Park over the west hills to the Tualatin Plains.

Burnside became notorious in the 1860s for liquor and card rooms that drew sailors from the large dock at the foot of B, C, and D Streets. The street's reputation for saloons and sailors made it almost impossible for respectable businesses to be located on Burnside.

By 1892, the street's name was changed to Burnside after David W. Burnside, an early Portland merchant. By this time, the area north of Burnside was home to railroad, Union Station, or hotel workers, who lived in the older, less expensive homes available there. This area also had a more racially diverse population than other parts of the city and housed a large proportion of Portland's African American population at that time. Four churches serving predominantly African American congregations were established in northwest Portland between 1862 and 1901.

New Improvements: The Streetcar and the Bridge

In 1903, the Burnside streetcar line opened to link the old Nob Hill neighborhood on the west to the newer Buckman neighborhood to the east. The line was short-lived, closing in 1915, possibly due to the undesirable nature of the street through which it passed. However, various other streetcar lines continued to run over most of the same tracks for many more years.

The Bennett Plan of 1912 proposed to widen Burnside and make it the great east-west axis of the city, dividing the retail district from the wholesale district. The plan also envisioned a "grand cross" of intersecting axials of Burnside with Union Avenue on the east and with the Park Blocks on the west. On the east side, Bennett also encouraged the city to extend Sandy Road west to meet East Burnside.

In 1919, the Report on City Planning and Housing Survey by Charles Cheney recommended a new bridge at Burnside Street to relieve congestion on downtown bridge crossings. Traffic had become a big issue in Portland as the number of cars in Multnomah County increased from 20,000 in 1917 to 79,000 in 1925.

The Burnside Bridge opened in 1926, and, according to one source, worsened auto congestion downtown because it increased the number of cars that could get across the river. The new bridge included wide walkways, balustrades and ornamental lighting. The center lanes were dedicated to the streetcar lines with an underpass providing passenger access to the stops in the middle.

By 1931, the need for more roadway space led to a street widening project on both East and West Burnside. On the west, Burnside was widened from the bridge approach to the Park Blocks. Building fronts were chopped off and rebuilt at the new sidewalk line to add an extra lane. On the east side, the first floor of many buildings became an arcade to accommodate a new sidewalk as the old sidewalk gave way to another traffic lane.

Another citywide plan to propose changes to the street was the 1932 Bartholomew Plan, which proposed widening Burnside to 100 feet, or an eight-lane capacity, from West 21st Avenue to East 12th Avenue. The plan also proposed changes to the intersection at Burnside, 12th, and Sandy on the east side.

Washington Street west of 16th became Burnside Street in 1933 when the city systemized the street names and numbers. A couple of years later, property owners petitioned to change Burnside's name to Bonneville, but historical organizations protested and the name remained Burnside.

As early as 1935, recommendations to remove the streetcars from the Burnside Bridge to provide more room for cars were made. Also during the 1930s, Burnside was home to most of the city's auto dealerships, because most of the people who could afford to buy cars lived in the surrounding neighborhoods of Nob Hill and the West Hills.

During World War II, little changed on Burnside. But as soon as the war was over and the economy was booming, Burnside and other city streets began carrying a heavier traffic load with more people driving. Even with the increased traffic, upper Burnside still retained the wider sidewalks, ornamental lighting, and on-street parking at least part of the day through the 1950s.

In the mid-1960s, a couplet on West Burnside and NW Couch was proposed from the bridge to NW 23rd to alleviate traffic congestion. While the couplet was not built, a vestige of this concept remains in the extra overpass at I-405 and Couch.

On the east side, a proposal called the Fowler Plan recommended a grade-separated intersection at Burnside, 12th and Sandy. While this idea was never fulfilled, the issue of traffic congestion at this intersection has been studied several times over the intervening decades.

As the city's population and traffic have increased, Burnside has continued to play an important role in the city's transportation network. Increased interest in several of the districts and neighborhoods adjoining Burnside has raised issues about Burnside and its role. Plans and redevelopment projects in Old Town/Chinatown, the West End, Lower East Burnside Redevelopment, the Civic Stadium and Goose Hollow Area, NW 23rd, the Pearl District and the Brewery Blocks all impact the uses and needs for Burnside, and paint their own picture about the street's future.