PBOT News Blog: PBOT to open a third travel lane on North Going Street Bridge next week, thanks to quick fixes to bridge deck that was damaged in Union Pacific derailment 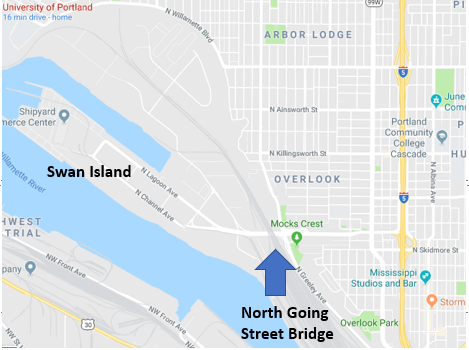 (Sept. 13, 2019) Structural engineers, maintenance workers and contractors for the Portland Bureau of Transportation have been tackling short-term and long-term fixes for the North Going Street Bridge, a crucial freight connection that was damaged by a Union Pacific Railroad derailment last weekend.

PBOT crews closed the bridge to all traffic on Saturday, Sept. 7, the day of the crash, and reopened one lane in each direction on Sunday, the day after the crash.

Early next week, PBOT anticipates opening a third travel lane on the bridge. This will create a second westbound lane, to give vehicles faster access to the island and reducing congestion that has affected North Greeley Avenue and Interstate Avenue during peak periods.

The third lane will be open, thanks to work this week by PBOT maintenance crews that repaired a section of the bridge deck, using jackhammers to remove concrete from the 89-year old bridge, and pouring new concrete on Thursday. PBOT engineers had found on Sunday that the deck was damaged in the derailment.

The third lane is expected to be available starting sometime the week of Sept. 16, but it is not certain exactly when. PBOT will provide a traffic advisory when it is open.

Other developments in the bridge repair include:

PBOT crews repaired a damaged section of bridge deck this week, making it possible to open a third lane on the bridge next week 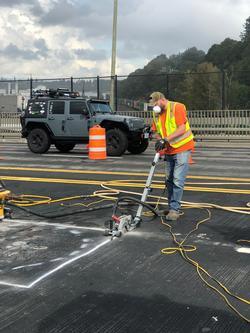 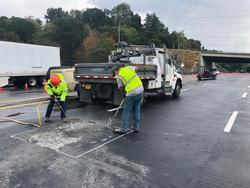 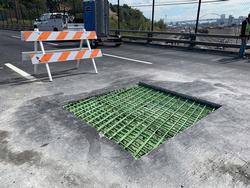 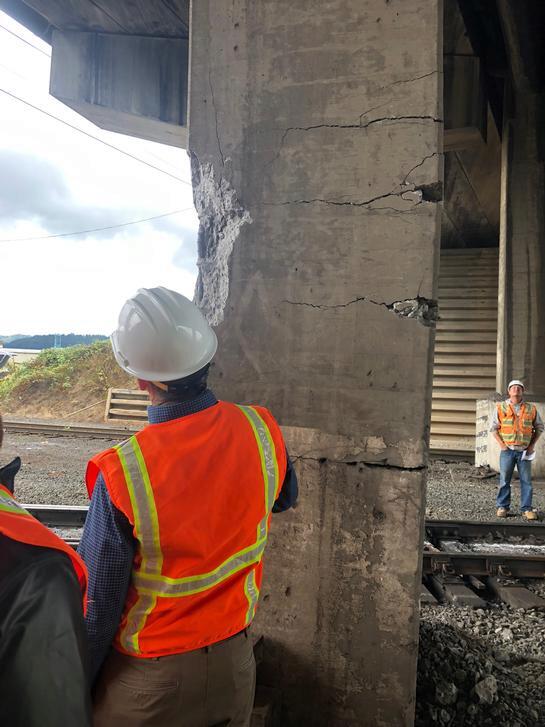 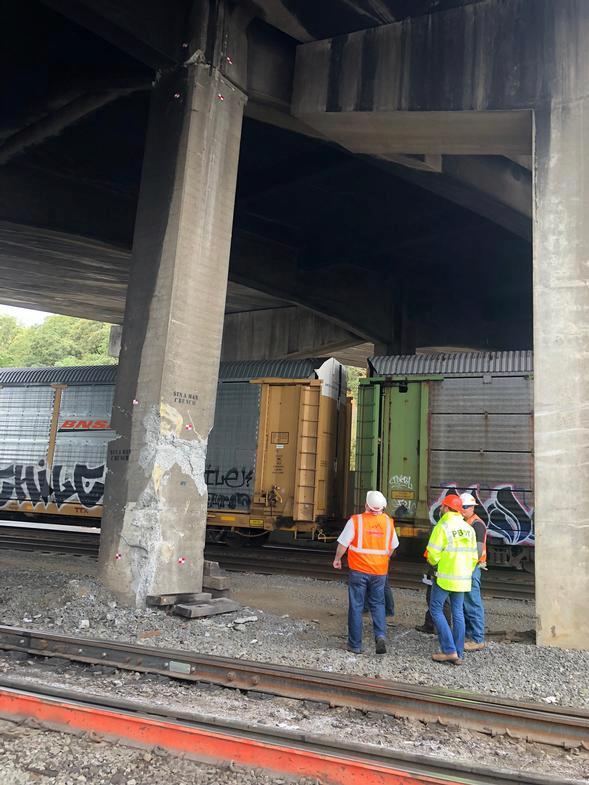 View these and more photos and videos on
PBOT's Flickr page

As of 2:30 p.m. on Sunday Sept. 8, crews had opened two travel lanes on the North Going Street Bridge.

The North Going Street Bridge provides the only public street access to Swan Island, a key location for industrial employers, with hundreds of workers and significant freight traffic.

On Saturday, Sept. 7, Union Pacific locomotives pulling tank cars crashed into columns that support the bridge. There are no known injuries from the crash.

PBOT structural engineers assessed the scene on Sept. 7, and again the next day. After the train wreckage was removed, engineers could access more of the bridge on Sunday, Sept. 8, for further structural evaluation and damage assessment.

The northern side of the bridge does not appear to be damaged, but damage to other parts of the bridge was found on Sunday to be worse than initially thought. A second support column was damaged, and damage to the bridge deck was also discovered.

Further inspections will take place in coming days, which may include taking core samples and removing parts of the structure and surrounding soils to gain a better understanding of the extent of the damage.

Sign up here for email or text message updates about the repairs to the North Going Street Bridge and access to Swan Island Sign up to receive PBOT's citywide traffic advisories by email or text message, and monitor our Twitter account @PBOTinfo for breaking news and alerts