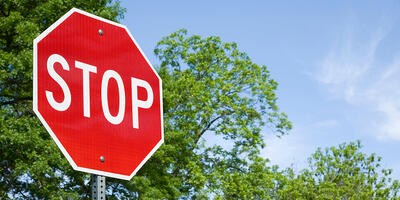 The Portland Bureau of Transportation oversees the placement and installation of stop signs to provide for the safe, sustainable and efficient movement of people and goods. Safety is the primary factor of consideration in stop sign placement.

Generally, stop signs are placed to prevent crashes where there might be a question about who should have the right of way. When considering stop sign placement, how a stop sign effects the overall safety and needs of the community is closely examined. For example, stop signs in one location could effect traffic on nearby streets. Drivers may seek new routes to avoid stop signs, which can lead to new traffic problems in adjacent neighborhoods.

In some instances, putting a stop sign on one street can foster higher speeds on the intersecting streets. The final decision to install a stop sign is made after City traffic engineers consider the traffic flow and volume, the configuration of the intersection, crash reports and the overall safety of the neighborhood.

Stop signs may often seem like a good solution to neighborhood speeding, but traffic studies and experience show that using stop signs to control speeding doesn’t necessarily work. When stop signs are installed to slow down speeders, drivers may actually increase their speed between signs to compensate for the time they lost by stopping. Some drivers tend to accelerate rapidly after a stop, possibly creating an even more dangerous situation. In fact, most drivers reach their top speed within 100 feet of a stop sign. Traffic studies have shown that too many stop signs could cause motorists to ignore the right of way rule, and some may simply choose to ignore the stop sign. And, while you wouldn’t expect this, more stop signs in a neighborhood can actually result in higher levels of pollution and noise.

Stop signs are installed at intersections where motorists cannot safely apply the right of way rule and crashes sometimes occur as a result. City traffic engineers consider a number of street characteristics when determining effective placement of a stop sign as a traffic control device.

Criteria they look for include:

Criteria for four-way or all-way stops

In most cases, a two-way stop sign is sufficient to define who has the right of way. A four-way or all-way stop is considered only when an intersection with a two-way stop is the site of numerous crashes or traffic congestion problems.

What is a neighborhood stop plan?

The neighborhood stop plan is a more systematic approach to stop sign installation that entails examining an area and establishing stop controlled intersections in an alternating pattern throughout the area.

Submit your request via our online request form, email, or call 503-823-SAFE.