About the Portland Elections Commission

The Small Donor Elections program is overseen by a volunteer commission. This commission provides public guidance and input on how small donor matching should work in our Portland elections.

The commission meets monthly and operates under these procedures:

Members of the public apply through an open process, and are voted on by the Portland City Council. Click here to apply

The minutes from the Portland Elections Commissions monthly meetings can be found by clicking here.

Members of the Portland Elections Commission: 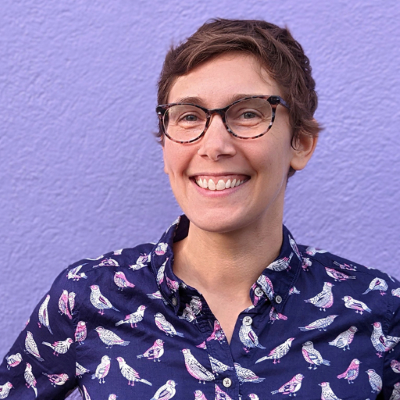 Amy is the CEO of NTEN, a Portland-based capacity-building nonprofit that ensures missions and movements are successful through the skillful and equitable use of technology. Amy is driven by a belief that organizations and communities can work together as movement-based forces for positive change. With prior experience in direct service, policy, philanthropy, and capacity-building organizations, Amy creates meaningful, inclusive, and compassionate community engagement and educational opportunities for organizations around the world.

In addition to serving on the Portland Election Commission, Amy is a member of the school board for The Cottonwood School of Civics and Science. Amy's most recent book is "The Tech That Comes Next: How Changemakers, Philanthropists, and Technologists Can Build an Equitable World" co-authored with Afua Bruce. Their previous books include Social Change Anytime Everywhere (published in 2013), co-authored with Allyson Kapin, which was a Terry McAdam Book Award finalist, and Social by Social (published in 2010). 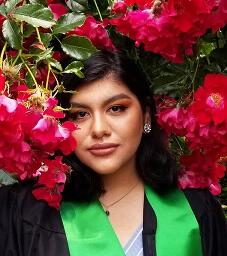 Immigrating from Mexico at a young age, Anahi was raised and continues to live in Southeast Portland, Oregon. She graduated from Portland State University with a Bachelor of Science in Political Science - Public Service, and a minor in Civic Leadership; inspired for public service at a young age after seeing and experiencing the institutional barriers that her community had to break through.

In college, Anahi worked with HOLLA Mentors and SUN Schools to provide youth mentoring for students of minority, and low-income communities.

Anahi has had the privilege of completing internships with U.S. Congressman Earl Blumenauer and State Senator Jeff Golden. She also served as the Campaign Manager for Nolan For Metro and currently serves as State Representative Maxine Dexter's Legislative Assistant at the Oregon State Legislature. 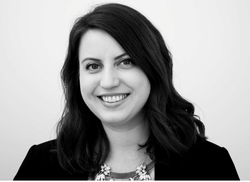 Courtney has worked to pass policies on a range issue from affordable housing, health care, criminal justice reform, reproductive health access, worker protections and democracy reform. She also brings a depth of experience in campaigns from her time as Campaign Manager for State Representative Carla C. Piluso, Deputy Director of the Senate Democratic Leadership Fund, and as a consultant on local and statewide ballot measure campaigns.

When she isn’t working or spending time with her husband and dogs, Courtney serves as the Board Co-Chair of the Oregon Women’s Campaign School where she works to recruit and train pro-choice candidates and campaign staff. She grew up in Southern Oregon but has called Portland home for over a decade. Courtney earned a B.A. from the University of Oregon. 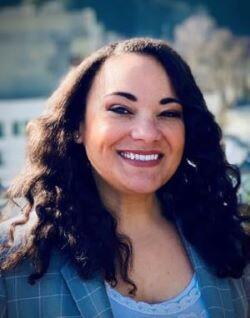 Sabra has significant experience in community outreach and civic engagement. She has worked on many consumer protection initiatives and created programs that promote socio-economic inclusion. She is passionate about social equity and justice and is excited to bring her experience to the Portland Elections Commission.

Sabra currently serves as Operations Director for the Oregon Treasury Savings Network, managing the operational functions of the division and all of the program's savings plans. Prior to moving to Oregon, Sabra served as Acting Deputy Director for the Los Angeles County Department of Consumer and Business Affairs where she oversaw the implementation of economic development policies and managed the County’s Office of Small Business and the Center for Financial Empowerment. She has eight years of experience as a trial attorney in the private sector, having represented a range of clients in all aspects of civil litigation in California state and federal courts.

Sabra has Bachelors degrees in Political Science and Women’s Studies from the University of South Florida. She received her Juris Doctor from Cornell University. In her free time, She can be found exploring Oregon’s natural beauty and enjoying the vibrant restaurant scene. 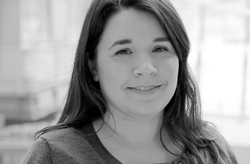 Amy joined S360 after serving as deputy campaign manager and communications director for the Oregon United for Marriage Campaign, as well as campaign manager for the 2014 Portland Parks Replacement Bond campaign, which passed with record-high support for a Portland parks funding measure.

Previously, she served as chief of staff and communications director to Portland Mayor Sam Adams. Her strong working relationships with Pacific Northwest reporters and editors stem from her experience as a news editor at the Portland Mercury and reporter for The Stranger in Seattle. 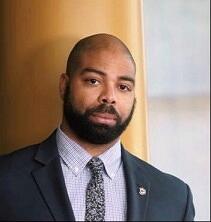 Berk attended Colorado College on a partial scholarship, playing Division 1 hockey, a passion from a young age. After college, he was an EMT for American Medical Response for two years, and then enrolled in law school at the University of California, Davis. After earning his doctor of jurisprudence degree, Berk practiced civil litigation and criminal defense law for nine years in Los Angeles, was in-house counsel for Molina Healthcare in Vancouver, Wash., and was a contracted commercial litigator department at Perkins Coie in Portland, Ore. 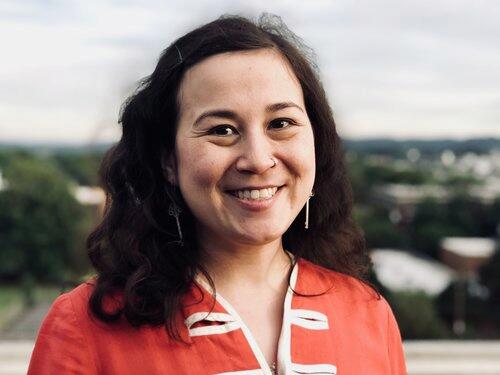 Jenny Lee (she/her) is the Deputy Director at the Coalition of Communities of Color. She has engaged in racial and economic justice advocacy throughout her career in roles at the Asian Pacific American Network of Oregon and the Oregon Housing Alliance, as well as public policy director at Hawaii Appleseed for Economic Justice in Honolulu.

Originally from Washington County, Jenny now lives in Southeast Portland. She holds a J.D. from Harvard Law School and a B.A. in philosophy, French, and political science from the University of Oregon. 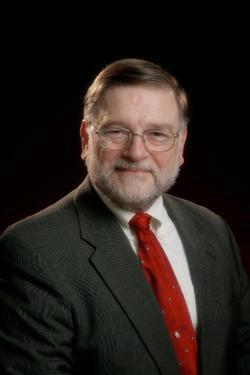 Beginning in 2001 in the Portland Oregon League, Norman was active in Voter Service and coordinated DNet, which was the precursor to the League’s VOTE411.org website. He was a member of the Portland Board for 2002-03 and represented Portland at the LWVUS Conventions in 2002 and 2004. He later joined Portland’s Action Committee and helped successfully lobby for Voter Own Elections and Lobby Disclosure ordinances for the City of Portland.

Norman joined the LWV of Oregon state board in 2004 and served as Voter Service Co-chair. He then joined the state Action Committee and was appointed its Vice-chair and Campaign Finance Chair. Representing the League, he helped organize the Oregon Building Better Campaigns (BBC) coalition and was elected as its interim chair. In 2004, he was appointed by Secretary of State Bill Bradbury to his Campaign Finance Disclosure Panel, which eventually led to the 2005 Oregon legislature instituting the ORESTAR online continuous campaign disclosure system. In 2005, he was elected as the state League’s First Vice President, was re-elected in 2007 and served as Action Chair. Representing the Oregon League, he attended the LWVUS 2006, 2008, 2016 and 2018 Conventions and the 2005, 2007 and 2017 Councils.

As a member of the LWV of the US Board between 2008 and 2014, he is the first man to ever serve on the national board. Norman served as Technology Chair, Program Chair and Bylaws Chair. He oversaw the development of a new website for LWV.org and the new VOTE411.org website for voter information. He organized the League Geeks volunteers to aid members with their use of the League’s various computer systems, and the Clearinghouse Committee for sharing League study and other documents at clearinghouse.lwv.org.

From 2015 to 2019, Norman was elected as President of the LWV of Oregon, and since 2019 he has been the President of the LWV of Oregon Advocacy Fund and Governance Coordinator for the LWV of Oregon. During this period, he organized the Redistricting Matters coalition, which had some minor success lobbying the Oregon legislature for more hearings during the coming redistricting of state and congressional districts. That coalition evolved into the People Not Politicians coalition that is now sponsoring the Initiative Petition 57. Norman is the campaign Chair and a Chief Petitioner.

Norman has lobbied for campaign finance reform since the 1970s. During the 2019 legislative session representing the League, he helped lobby for SJR 18, which will now be on the November 2020 ballot.

Norman has MS degrees in Chemistry and Computer Science from University of Washington. He is a retired computer analyst/software engineer. When doing nothing else, he enjoys skiing and singing in his church choir. 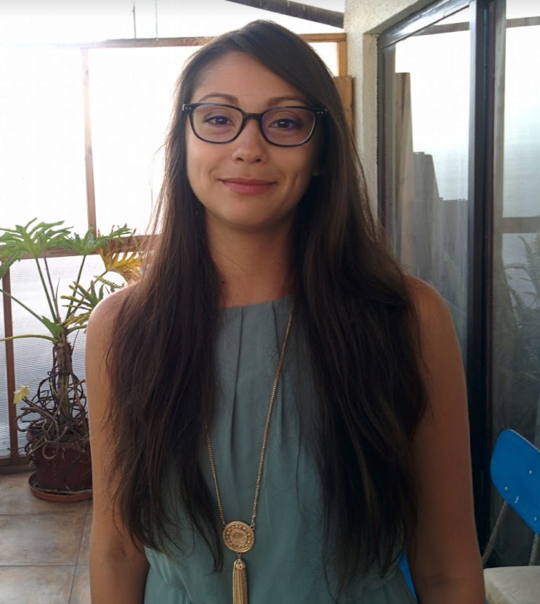 Growing up as the daughter of a single mother who moved to the United States from Chile, Cristina naturally grew a tenacious passion for equity and the right for everyone to participate in electing their leadership.

Cristina Nieves is currently serving as the Associate Director for Common Cause Oregon, an organization that is centered on empowering communities to organize for democracy and progressive policies.

She previously worked for the City of Portland as Senior Policy Advisor for Commissioner Amanda Fritz, where she helped to craft the Small Donor Elections Code as well as supervise the implementation of program’s launch. She is familiar with the intentions, values, and challenges involved in the program.

Cristina has an educational background in Political Science, Media Communications, and Conflict Resolution. If appointed to the Commission, Cristina will bring a balanced and informed perspective with a commitment to equity for the future of the program.