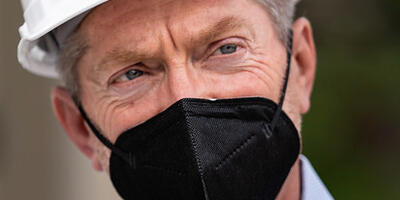 A Call to Serve

Elected to Portland City Council in 2020 to fill the late Commissioner Nick Fish's seat, Commissioner Dan Ryan is both honored and deeply humbled to serve his hometown of Portland. Charged with oversight of the Joint Office of Homeless Services, the Bureau of Development Services, the Portland Housing Bureau, and the Portland Children's Levy, Dan brings the necessary leadership and bridge-building skills required to move our city forward. Dan is a passionate and results-driven leader accustomed to tackling complex issues.

A Life of Leadership

From 2005 to 2008, Dan served as an elected member of the Portland Public School Board. In 2018, he was named the Portland Light of Fire Executive Director of the Year and received recognition as one of Portland Monthly Magazine’s 50 Most Influential Portlanders in 2011. He is an alumnus of the American Leadership Forum in Oregon (ALF Class of XXVIII) and currently serves on the boards of Trillium Family Services and the University of Oregon Alumni Association.

Dan is likely best known as the CEO of All Hands Raised (formerly Portland Schools Foundation). He led the organization from 2008 to 2019—championing collective impact and guiding six school districts in Multnomah County toward measurable and meaningful results—and ultimately improving outcomes for children and youth from cradle to career. He holds a Bachelor of Arts from the University of Oregon and completed graduate-level work at New School University’s Graduate School of Management & Urban Policy.

Dan is the youngest of eight and a proud Oregonian. Time permitting, he enjoys attending local arts and sporting events, cooking and gardening with his fiancé Amo, and outdoor activities with his 16 nieces and nephews and their families. Dan's favorite title is Uncle Danny.

Dan leads steadfastly in pursuit of thoughtful community-shared solutions to the many complex challenges Portlanders face.