This page was created Wednesday, 11.10.21 from information formerly on the project homepage. It was updated 11/18/21.

Where are other Shelters around town?

Multnomah County manages a range of shelter options for those experiencing houselessness. They will be responsible for managing the Safe Rest Villages (through a contracted non-profit partner) once the sites are finalized. The City’s role – as it relates to these efforts is identifying and building these new outdoor shelters for use as managed Safe Rest Villages.

In 2015, before the Houselessness Emergency was declared, there were many fewer shelters than today, and all but one were focused in the downtown area. As the emergency has continued – worsened – the County has opened and/or supported a number of shelters of many varieties (for families, for singles, indoor, outdoor, etc.)  more broadly across the city.  (See map below, comparing 2015 to November 2021). Also see link here to County’s distribution map, and their interactive map, which includes the announced Safe Rest Villages (discussed further down on this page.)

Where else has the Safe Rest Village team looked?

Since before the Safe Rest Village team was hired, staff with the City and County have been reviewing potential locations for outdoor shelters for use as Safe Rest Villages. More than 400 locations – City properties, County properties, other public agency land, and private properties – have been considered.  Siting criteria – as defined here – have been the guide with the understanding that trade-offs exist for every site. An early list of 70 City-owned properties were shared with the public and media before they had been fully vetted. Since that time, they have been vetted, along with another 100 or so locations that are both private and publicly owned. Since September 2021, when the Safe Rest Villages team was fully staffed, more than 20 locations have been visited for on-site review, following preliminary vetting.

The siting process for Safe Rest Villages requires a significant amount of due diligence, to ensure that the location will work practically, can be permitted, and has the support of the landowners.  Once they are fully vetted and we have preliminary permit review and landowner support, then we will have enough certainty to announce the locations.

Until that time, sites are considered 'under consideration,' as things don't always work out during this phase for any number of reasons.

Below are sites that have been announced. 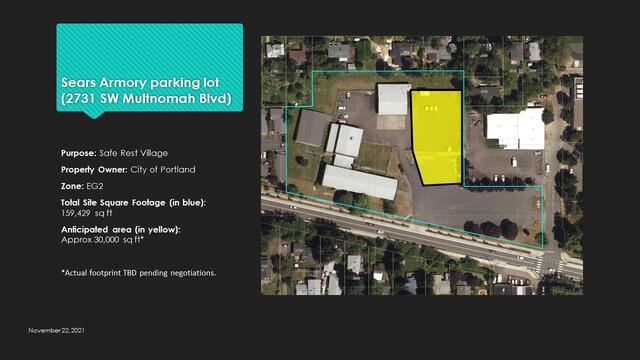 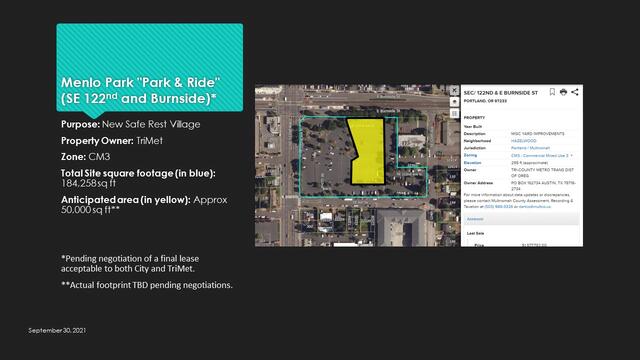 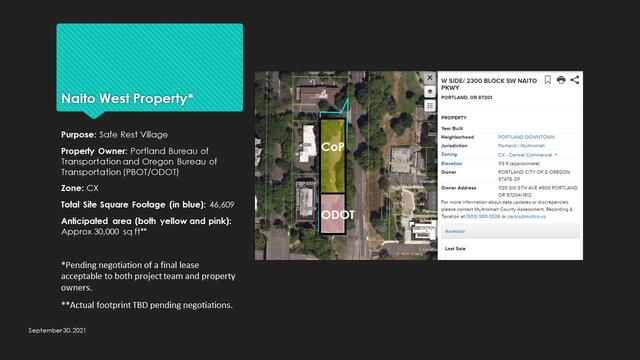