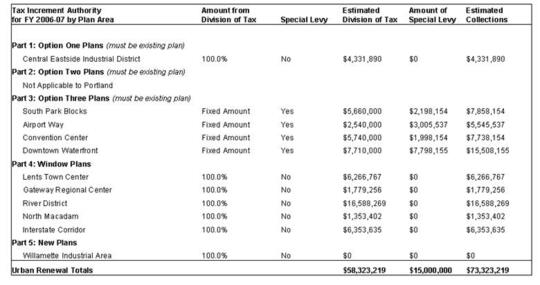 e. Collection of the tax increment revenues is contingent on actual assessed value growth. The City will certify and collect the tax increment revenues only if the increase in assessed value is sufficient to allow the tax increment collection without forcing the City's other levies into compression under the $10 limit.
The Council declares that an emergency exists because it is necessary to certify the above amounts to the county assessors by July 15, 2006; therefore, this ordinance shall be in full force and effect from and after July 1, 2006.
HISTORY
Ordinance No. 180257, passed June 22, 2006 and effective July 1, 2006.