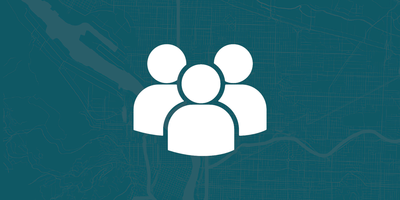 Nirel has served as a facilitator for consensus building for multiple communities and entities. She has worked as director of 3/4 house with a focus on women in transition and other marginalized persons. During the Colville/Washington State/US negotiations, she learned the consensus building process they now practice regularly. She has chaired many meetings over the years - including up to 60 participants in 2018 for an international non-profit. Over the years she has worked in media, including broadcast, print and production. Her current projects include multiple websites in development and a children's book. One of her goals is to teach the consensus building process to children and youth at risk.

David Komeiji was born and raised in Honolulu Hawaii, and received Physical Therapy Degree from Emory University, with a Master’s in Medical Sciences with a focus on Maternal/Child Health (specialty in premature babies affected by alcohol and substances and adolescent youth with dual diagnoses of developmental disabilities and behavioral regulation difficulties). He’s worked at Emory University Hospital, OHSU, Portland Public Schools, Columbia Regional Programs serving Multnomah, Clackamas, Hood River and North Wasco areas, and the Estacada School District developing and providing physical therapy protocols and services. He served on Oregon's ACA Taskforce, as well as a volunteer policy advisor with the OHA for two years. David is actively involved with the Village Coalition and the Japanese Healing Garden at Oregon State Penitentiary, teaching Ikebana (Japanese flower arrangement and ancient hula) at OSP. He continues to support the adults in custody during the pandemic.

Ana Brophy is a Capital Project Manager II with 35 years of private and municipal experience in project management and construction. Ana served in the PUB for three years, is a USAF veteran, former Union Stewart, serves in the DEEP Executive Committee and Women’s Empowerment Steering Committee. She is interested in performance management, public safety, equity, and building community.

Don Levine was raised and educated in Northeast Portland. His primary interests and work history are in Emergency Medicine, Education and Public Health. His work history includes working as an EMS provider and 15 years training EMS volunteer groups in SE Alaska bush communities, developing and conducting medical and crisis intervention programs for groups in the public and private sectors, 10 years teaching in Portland, and work at the local and state levels in education, civic government and community health. His focus is in building capacity within communities by using communication and networking among stakeholders instead of relying on outside resources to resolve identified needs and concerns.

Karin Branch is currently employed as a Senior Patient Financial Counselor / Insurance Specialist for Providence Medical Group. She was born and raised in Eugene, OR before moving to Portland to attend high school. Karin graduated from Portland State University with a Bachelor of Science in Economics. She has plans to pursue a Master’s in Public Health and continue her career in the medical field.

Maggie is an attorney at Davis Wright Tremaine. In addition to serving her clients, she serves on various Oregon State Bar section committees, her office diversity and inclusion committee and as a legal observer with the National Lawyers Guild. Before becoming a lawyer, Maggie worked with adjudicated youth in Florida and Texas, and taught middle school math in North Carolina. She hopes to bring to the committee a perspective shaped by her legal career, her experiences as a woman of color and her experiences as a legal observer at the Portland protests.

Anamaría was born and raised in California's Central Valley, spent 10 years living in the Bay Area, and moved to Portland 3 years ago. She holds a Bachelor of Science in Meteorology and a Master of Science in Environmental Management. She has always had a passion for helping others and community, and has committed to a career in public service. After working at several public agencies in the Bay Area, she now works at the Portland Bureau of Transportation as a Vision Zero Data Analyst since 2018. Anamaría leads her life with integrity as one of her core values, and is an advocate for social, transportation, environmental, and mobility justice. She is also a proud daughter of working-class Mexican immigrants. She likes to knit, crochet, and cook in her spare time.

Eric is a lifelong Oregonian with deep roots in Portland and Multnomah County. Eric is a longtime advocate for community issues, with specific focus on matters related to the LGBTQ and military veterans’ communities. Professionally, Eric has worked for local governments in Oregon as a tax appraiser, district chief of staff, and deputy city manager. In 2022, Eric began consulting on public affairs and community engagement focused on the public good.  Eric is also a currently serving reserve member of the Oregon Army National Guard. He is a veteran of the Iraq war and also deployed to Kosovo. In 2021 and 2022 he served in a diplomatic assignment at the U.S. Embassy in Dhaka, Bangladesh where he worked on the State Partnership Program between Oregon and Bangladesh. Eric completed both undergraduate and graduate degrees at the University of Portland on ROTC and G.I. Bill scholarships and currently lives in Southwest Portland.

Corinne was born and raised in Paris, France. She furthered her higher education at Portland State University, studying American history and education. She is a preschool Teacher in Portland and she has devoted the other half of her career, for the past two decades, to volunteer for our unhoused and underprivileged community members in Old Town, Portland through diverse programs such as the Red Doors (SAB), Burnside meals and SAFES, amongst others. Her experiences doing daily street outreach for the unhoused community in Old Town throughout the pandemic encouraged Corinne to help represent the community she serves and knows well.

Meg Robinson moved to Portland from St. Louis in 2019, and currently works for a mental health contractor in the city. She was born and raised in a military family, and grew up in a variety of hometowns throughout the US and Europe. She has held a range of positions within behavioral health and healthcare finance, and consequently, has an ongoing passion for improving community mental health outcomes. Her volunteer experience has included involvement with Big Brothers Big Sisters, the IRS VITA program, and City of Refuge. She is enthusiastic about the importance of local government, and grateful for the opportunity to participate.

A native Oregonian, Cindy has spent her entire lift in the Pacific NW with the exception the 3 years she lived in Japan.  She is a graduate of Southern Oregon University with a degree in Sociology and a minor in Psychology.  She is the Executive Director of a not for profit that supports adults with Intellectual and Developmental Disabilities and has been with that organization since 1998.  She has extensive experience serving on private and public boards and participating in community civic groups as both a member and in leadership roles.  She has lived in Portland for the last 11 years and is strongly committed to ensuring that marginalized populations are seen, heard and included in their community of choice.