On September 30, 2018, at 3:02 am., Central Precinct Sergeant Garry Britt, a ten-year veteran of the Bureau and Officer Jeffrey Livingston, a one-and-a-half-year veteran of the Bureau were patrolling the parking lot near the intersection of Southwest 3rd Avenue and Southwest Harvey Milk Street. The officers were providing extra patrol in the area because of recent violent incidents that had occurred. The officers were providing a visible presence with their vehicles’ emergency lights on. While they conducted this patrol, they encountered a fight involving two people. As the fight continued, 27-year-old Patrick K. Kimmons fired 5 shots, injuring both the people involved in the fight. Those injured subjects later were transported privately to a local hospital with non-life-threatening injuries.

At 3:08 a.m., as Kimmons began running toward officers and other people who were in the area with his revolver, officers fired 12 rounds at him. After the shooting, the officers administered emergency medical aid to Kimmons and then he was transported to a local hospital where he was pronounced deceased. A gun was recovered near Kimmons.

As officers began the investigation and canvassed the parking area, they recovered multiple firearms in the area of the shootings.  Members of the Portland Police Bureau Detective Division's Homicide Detail and the Portland Police Bureau Gang Enforcement Team were involved in the investigations of both the officer-involved shooting as well as the shooting that occurred prior to officers’ arrival.

There were numerous community members who were interviewed as part of the investigation. A video was recovered at the scene as well.

The Oregon State Medical Examiner conducted an autopsy and determined that Kimmons died from gunshot wounds.

Once the investigation was complete, it was forwarded to the Multnomah County District Attorney's Office for presentation to the grand jury. On October 30, 2018, a Multnomah County Grand Jury determined that the officer was justified in his use of deadly force shooting death of Patrick Kimmons.

As part of the use of force review process, the Bureau conducts an internal review of the entire incident and the case goes before the Police Review Board (PRB), which is composed of community members, Bureau members and representatives from the Independent Police Review Division. 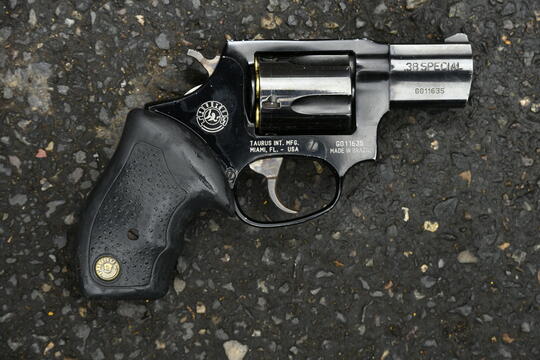