On Sunday, February 17, 2013, at 9:24 p.m., Portland Police Officers were called to Portland Adventist Medical Center on a report of someone in the courtyard armed with a black handgun.

Portland Police officers assigned to East Precinct responded to the scene. As they were en route, additional information was broadcast that the suspect was a patient and was currently in the employee parking lot. Additionally, information was given to 9-1-1 dispatchers that the suspect, later identified as 50-year-old Merle Mikal Hatch, pointed a gun at security.

Sergeant Nathan Voeller a 12-year-veteran; Officer Andrew Hearst, a 3-year-veteran; and Officer Royce Curtiss, a 7-year-veteran, arrived and began to develop a plan to safely address the situation. Officers requested that the hospital go into lock-down and Sergeant Voeller requested that Project Respond and Portland Police Air Support Unit be called out to the scene. Additionally, a K-9 Unit and medical personnel were asked to respond.

Officers encountered the suspect in the hospital employee parking lot. The suspect was pacing back and forth, eventually climbing on to an SUV. He pointed a black object at officers, but the officers were a safe distance away and did not take action.

The suspect was yelling more taunts at the officers, at one point shouting: "I'm coming to you then, pig. Let's go! Let's go!"

Hatch suddenly headed toward Sergeant Voeller and the other officers, closing in from about 70 yards away. The suspect began to jog and then sprinted from about 30 yards away with what appeared to be a gun.

Despite a police officer's calls to stop and put his hands in the air, Hatch yelled: "One. Two. Three." This action was captured by a cell phone video taken by a witness.

Sergeant Voeller and the two officers fired at Hatch, who then fell to the ground. Officers immediately approached the downed suspect with a ballistic shield and rendered medical aid. Medical personnel checked the suspect and confirmed he was deceased.

Investigators learned at the time of his death, Hatch was a Federal fugitive being sought by the U.S. Marshal's Office on an original charge of Bank Robbery. Additionally, investigators learned that Hatch was a career criminal with arrests in California, Arizona and Colorado on a variety of charges including burglary, bank robbery, theft, and homicide.  Hatch was also the suspect involved in a bank robbery on February 13, 2013, at the Albina Community Bank and another one on February 15, 2013, at the  Wells Fargo Bank on Sunnyside Road in Clackamas.

On March 6, 2013, a Multnomah County Grand Jury ruled that the officers were justified in the use of deadly physical force. 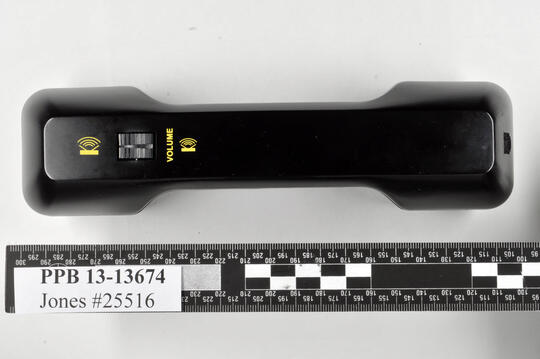