On December 8, 2019, officers were dispatched at 1:40 p.m., on a report of suspicious circumstances involving a weapon. The caller said a man had a knife in his hand and was in the street near Southeast 103rd Drive and Southeast Stark Street.

Several officers responded, including one officer with a less-lethal tool that launches foam-tipped projectiles designed to impact a subject from a distance. The officers approached the subject and a short time later, officers reported that shots had been fired. Detectives have confirmed that less-lethal and lethal rounds were fired. The officers rendered medical assistance and called for medical response. The subject, later identified as Koben S. Henriksen, 51, was determined to be deceased at the scene.

No other community members or officers were injured.

On December 12, 2019, the Police Bureau released further information regarding prior encounters with Koben Henriksen where mental health appeared to have played a role. Officers were able to resolve the prior incidents by getting him to a medical facility without having to resort to force.

On November 14th, 2019, at 11:27 a.m., two East Precinct officers were in uniform getting into a marked patrol vehicle near the 10200 block of Southeast Stark Street. A subject, later identified as Koben Henriksen, approached one of the officers as he was getting into his patrol vehicle.

The officers had a firearm and electronic control device prepared. They requested cover officers and used the vehicle as cover (protection) while they attempted to de-escalate the situation. Henriksen paced and shouted, but retreated. An officer spoke with him and after some discussion, Henriksen listened to the officer's direction and threw the knives down. Henriksen was taken into custody without force being utilized and transported to Providence Hospital on a Police Officer Hold.

On August 22nd, 2019, at 8:00 a.m., an East officer responded to the 1500 block of Southeast 96th Avenue to assist with a subject who was camped on the school's private property (Portland Adventist Academy). The officer arrived and contacted a male, who was identified as Koben Henriksen. Henriksen told the officer he was glad the officer was there because he needed someone to kill him and he thought police officers were the best option. He told the officer he had tried to get several military veterans to purchase firearms for him, but he was unsuccessful. The officer talked to Henriksen and was ultimately able to request an ambulance and put a Police Officer Hold on Henriksen. Henriksen was transported to Portland Adventist for treatment. No force was used in this incident.

Chief Danielle Outlaw made the following statement regarding these encounters:

"PPB officers have had two prior encounters in the past four months involving the same individual. In each of these incidents, mental health appears to have played a role and the officers peacefully resolved the incidents and connected the individual to medical services," said Chief Danielle Outlaw. "Unfortunately, in the most recent encounter, the outcome was different, which is a tragedy for all involved, including family, the community, the officers, and PPB personnel. The negative impacts are deep and oftentimes irreversible.

"The intent of putting this information out is not to sway the outcome of any ongoing investigations, nor tarnish the character of the involved subject in any way. This series of cases highlights the systemic failures of the mental health system, which continues to recycle individuals rather than resolve the underlying issues. New ideas, such as the Portland Street Response project, are welcome, but would not have resolved this issue differently because that team would not have been dispatched due to the nature of the call involving an armed individual. There are a number of accountability measures in effect for the officers involved, which will scrutinize their every action and decision. Where is the same level of accountability throughout the mental health system? Law enforcement professionals are put in an impossible position and we need the public to help prioritize effective and humane mental health treatment and demand urgent and immediate action." 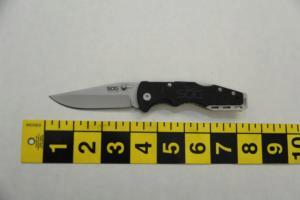 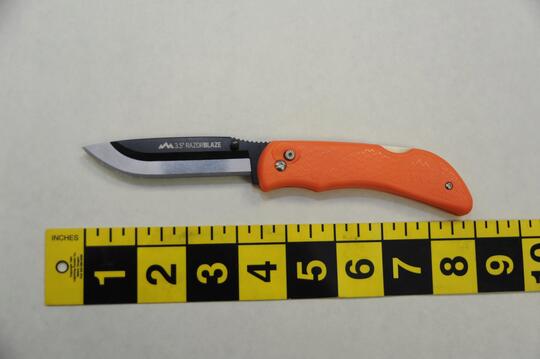