The officers contacted three individuals standing at the trunk of a car on the west side of WinCo Foods, located at 1950 Northeast 122nd Avenue.

One of these individuals was later identified as 29-year-old Alan Lee Bellew.

Officers were speaking with the group for several minutes and without provocation, Bellew retrieved a handgun from the vehicle and pointed it in the direction of the officers and the two individuals associated with the vehicle.Both officers fired their handguns at Bellew and he fell into the passenger seat.

At 11:46 p.m., officers broadcast “shots fired” at their location and multiple cover units responded to the scene. As soon as the first cover officers arrived, officers developed a plan to safely approach Bellew and render immediate medical aid as officers awaited medical personnel to arrive at the scene. Medical personnel arrived at 11:52 p.m., and determined that Bellew was deceased.

Neither of the officers or witnesses were injured in the shooting.

Homicide detectives and Forensic Evidence Division criminalists processed the shooting scene and located a handgun next to Bellew.Initial examination showed it to be a black revolver, but further examination after it was collected as evidence, revealed that the gun was a starter pistol.

Detectives learned that Bellew was from the Eugene/Springfield area and was currently wanted in Lane County for a Felony Failure to Appear warrant on an original charge of Heroin Possession and a Probation Violation on original charges of Resist Arrest and Assault in the Fourth Degree. 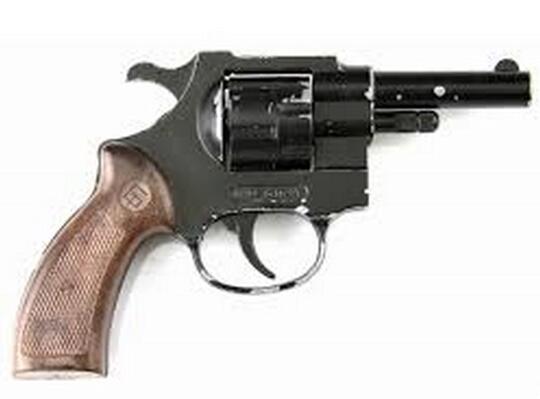