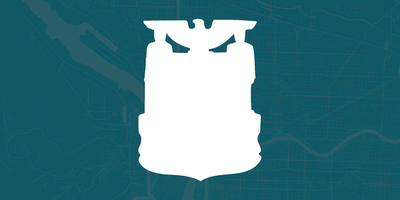 The Sex Crimes Unit focuses on crimes of sexual violence within the City of Portland.
On this page

***If you have been the victim of a sexual assault  that just occurred, dial 911 immediately.

If time has elapsed since the incident, you may call the non-emergency police number 503-823-3333 or respond to your nearest Police Station.***

The Sex Crimes Unit (SCU) consists of sworn personnel as well as victim advocates. The Sex Crimes Unit focuses on crimes of sexual violence within the City of Portland, investigating Measure 11 sexual assaults involving victims between the ages of 14 and 64 where the suspect is known to the victim, is a stranger, or in a “non-family” role, when the crime occurs in the City of Portland. Detectives and advocates work closely with Child Protective Services, medical professionals, prosecutors and advocacy agencies to provide support to the victims of these crimes.

If you have reported a sex assault

If you have reported a sexual assault and would like an update on your case, call the Portland Police Bureau Detective Division at 503-823-0400 and be prepared to give your case number. Staff assigned to the Sex Crimes Unit will contact you regarding your case. Please note that due to the very personal and confidential nature of these crimes, members of the Unit will be unable to provide information to anyone without your permission.

What is a Sexual Assault?

What is rape?
Rape is a form of sexual assault, but not all sexual assault is rape. The term rape is often used as a legal definition to specifically include sexual penetration without consent. For its Uniform Crime Reports, the FBI defines rape as “penetration, no matter how slight, of the vagina or anus with any body part or object, or oral penetration by a sex organ of another person, without the consent of the victim.”

What Happens When I Report?

What Happens when I go to the Hospital?

A Rape Victim Advocate will be called for your emotional support and comfort.

What happens when I report a sexual assault?

If you desire to report to police, a uniformed officer will be dispatched to take initial information and a preliminary investigation will commence. A member of the Sex Crimes Unit will be in contact with you within a few days. Be sure to give the uniformed officer your contact information, including phone numbers, email and mailing address.

Astoria and Clatsop County
The Harbor

Corvallis and Benton and Linn Counties
Center Against Rape and DV

Centers for Disease Control and Prevention

International Association of Chiefs of Police

National Center for Victims of Crime

Not Alone: Together Against Sexual Assault

Resources for male survivors of sexual assault and domestic violence.

1in6 The mission of 1in6 is to help men who have had unwanted or abusive sexual experiences in childhood live healthier, happier lives.

Father's Touch A website about Donald D'Haene's memoir detailing his experience of sexual abuse in a seemingly traditional and strongly religious family in rural southwestern Ontario.

Dr. Richard Gartner's Web Site for Male Victims of Sexual Abuse Read about his book, Betrayed as Boys, and learn of other resources.

From Darkness to Light A resource for child survivors of rape and sexual assault.

Hope for Healing Male Rape. Yes, men can be victimized. No, it does not mean you are weak. A listing of web resources for male survivors.

Male Survivor In October of 1988 the first professional Conference on Male Sexual Victimization was held in Minneapolis. This ground-breaking conference, organized by a few dedicated mental health providers, brought together professionals who wanted to better understand and treat adult male survivors of childhood sexual abuse.

Male to Male Child Sexual Abuse in the Context of Homophobia An article by Kali Munro, M.Ed., Psychotherapist.

National Organization on Male Sexual Victimization Dedicated to a safe world, we are an organization of diverse individuals committed through research, education, advocacy, and activism to the prevention, treatment and elimination of all forms of sexual victimization of boys and men.

No Escape  Male Rape in US Prisons: Human Rights Watch undertook three years of research to expose the problem of male rape in U.S. prisons. The resulting 378-page report is based on information from over 200 prisoners spread among thirty-four states, some of whom were interviewed personally, as well as an exhaustive survey of state prison authorities.

The Sexual Abuse of Males Jim Hopper. PhD is a psychologist and for over 15 years a researcher and a therapist for men and women subjected to unwanted sexual experiences and other forms of abuse in childhood. He has published this site as a way to help those looking for resources on the sexual abuse of boys and the lasting effects of childhood sexual abuse in the lives of men.