On Sunday, June 9, 2019, at 9:43 a.m. Central Precinct officers responded to a multi-use building, located at 1331 Northwest Lovejoy Street, on the report of a disturbance where a male was reportedly armed with a knife and threatened to have an explosive device.

When officers arrived at the location, they contacted a male and a female in the stairwell of the building. The male suspect was armed with a knife and had the female at knifepoint. The female appeared to be injured. Attempts were made to communicate with the suspect. During the encounter, less lethal and lethal force were used. Officers requested for medical assistance, but the suspect was determined to be deceased at the scene prior to medical arrival.  The Medical Examiner determined the cause of death was the result of a gunshot wound.

The involved female adult was transported to an area hospital for injuries and was released. No officers were injured during this incident. 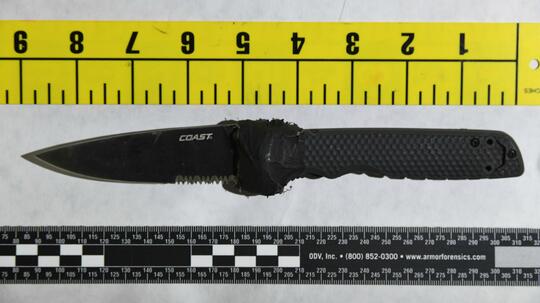