Information
On this page

Felicia Tripp Folsom is the Executive Director of Portland Leadership Foundation and she is a graduate of the Achieving Excellence Program at Harvard's Kennedy School. In her professional life, she is busy working on issues involving affordable housing, social justice, healthcare and educational reform. Currently Ms. Tripp Folsom sits on the board of directors of Portland African American Leadership Forum, Community Housing Fund, and All Hands Raised. When she is not busy serving the community, she is a carpooling mom of two very busy teenagers. She lives with her family in NE Portland.

Prior to joining Innovative Housing, Sarah was an attorney with Lawyers Alliance for New York, where she represented nonprofit developers of low-income and special needs housing and specialized in nonprofit law and affordable housing development.  Sarah's community development work experience also includes positions with California Literacy Inc. in Los Angeles, CA and Jobs for Homeless People in Washington, DC.  She was born and raised in North Portland and lives in NE Portland.  She has a BA from Stanford University and a JD from New York University School of Law.

Diane Linn has been Proud Ground’s Executive Director since December 2013.  She has served as Director of Ritter Center, in Marin County serving the low income and homeless community.  She is the former Multnomah County Chair (2001 – 2007) and was a jurisdictional leader in the development of the 10-year Plan to End Homelessness.  She was elected Commissioner (District 1) in 1998.   She has focused on affordable housing and homeownership, and services to the community’s most vulnerable. Diane served Director of the Office of Neighborhood Involvement for the City of Portland and the Executive Director of Oregon NARAL.  She is a Portland native, (Buckman neighborhood), raised her two children in Sellwood and currently lives in Concordia.

Dr. Ernesto Fonseca is the CEO of Hacienda CDC, the largest social and service provider in the State of Oregon since 2017. Ernesto brings his passion for community development and a belief in the power of connecting families to opportunity. Ernesto’s own story reflects the potential that can be unleashed by investing in all our community members. Raised in a poor but loving family in central Mexico, Ernesto watched his parents take advantage of educational opportunities and their own initiative to build careers in construction and nursing. They passed on their values of hard work and education to their children, and Ernesto embraced those values to gain a foothold in this country by initially working in kitchens and restaurants as he pursued his educational goals, culminating with a Ph.D. from Arizona State University in Environmental Design and Planning. During his time in Phoenix, he spearheaded initiatives to assess the health impacts of community development, including gentrification, access to public transportation, and affordable housing. He helped to create the Stardust Center for Affordable Homes & the Family.

Ernesto believes it is Hacienda’s job to help all families access the critical ingredients they need to achieve their goals: a stable, affordable home, a healthy family life that allows youth to learn and grow, opportunities for economic success, and access to affordable health care and healthy neighborhoods. In addition, he believes in the power of social enterprise to bring increased investment into breaking the cycle of poverty and advancing the wellbeing and economic progress of all communities in Oregon and Washington.

Heather Lyons is the Director of the Pacific Northwest, Northern California, Hawaii and Alaska for Corporation for Supportive Housing (CSH). She has significant experience with supportive housing, including expertise in policy, analyzing community needs across the full continuum of housing types, serving frequent users of public systems and understanding the intersection of health, homelessness and housing. Prior to this position, she served as a national consultant and provided a range of training, community planning processes and advisement services to government, nonprofit and private clients throughout the United States and Canada. Over her career, she has been a caseworker in emergency shelters and domestic violence programs and a community organizer working with recovering addicts and alcoholics. She began her career as a VISTA volunteer for the City of San Antonio, Texas. Heather has a Bachelor of Arts degree in English from Mary Washington College. She also has training in Applied Improvisation, which takes the proven tools and techniques used by theater and musical improvisers into organizations and communities to improve adaptability and responsiveness, increase collaboration and innovation, and foster creativity. 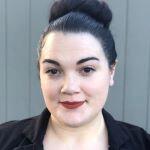 Julia Maria Delgado has been working in the field of human services and community health for fifteen years. Her educational background and professional career has been focused on health equity, policy, and the dynamics of social change. She is currently the Vice President for Urban League of Portland and has served in this role since 2018, where she oversees a wide array of programming related to health navigation, supportive housing, and early childhood health with an emphasis on eliminating heath disparities for African Americans in Oregon. Julia is also an Adjunct Professor at Portland State University where she teaches two Capstone courses, Women’s Homelessness and Racial Equity in Oregon. She serves on the Board of Directors for the Portland Fruit Tree Project and as a Coordinating Board Member of A Home for Everyone. She earned a Bachelor’s degree in Health Policy in 2007 and began working for nonprofit organizations focused on the intersections of health and social justice. Julia obtained her Master’s in Public Health and Masters in Social Work from Portland State University. A native of New York, she now lives in Portland, Oregon where she enjoys cooking, gardening, and spending time with her three children.

Kenechi Onyeagusi has served as the executive director of PBDG since February 2020. PBDG is a trade association of minority and women owned firms in the construction industry statewide. She leads the organization to provide advocacy with public agencies on a regional level, education and training to the construction firms and builds relationship with the community to facilitate work opportunities for small, minority and women owned firms. She is an established business and finance professional with 14 years of experience working with all types of businesses in a variety of industries. Kenechi leverages strong ties with Public Agencies, General Contractors, Business Leaders, Subcontractors and Workforce to help shape policy and make social impact. Kenechi is a first-generation college graduate, immigrant, and a black female leader in the Construction Industry.

Kymberly Horner is the Executive Director for Portland Community Reinvestment Initiatives, Inc. (PCRI).  Hired in July 2019, she is only the second person to serve in this position since PCRI’s formation over 28 years ago.  PCRI’s ongoing mission is to promote housing justice through advocacy, services, affordable housing and wealth creation for systemically disenfranchised people, particularly those of color. PCRI owns and operates over 700 units in the North/Northeast section of Portland, and Kymberly sees having a strong organizational foundation to work from as a key strength to allow her to help manage during these current economically challenging times.

In the midst of COVID-19, she oversaw and helped staff to navigate the challenges of the financing and construction of King + Parks, a 70-unit affordable housing rental project. Additionally, between 2019-2020 Kymberly and her staff completed the development of two separate for-sale townhome projects resulting in approximately 10 income qualified families becoming homeowners! 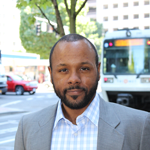 Nate McCoy is the Executive Director, Operations Manager and Spokesperson for the National Association of Minority Contractors – Oregon Chapter (NAMC-Oregon). NAMC-Oregon is the local affiliate of the National Association of Minority Contractors (NAMC), a trade association founded in 1969 to address the needs of minority contractors through advocacy. Nate is responsible for building programs that advance the organization’s mission, as well as resource development and streamlining operations to maximize the use of resources for efficiency and effectiveness. Prior to joining NAMC-Oregon, Nate spent seven years as a Senior Construction Coordinator for both the Portland Housing Bureau (PHB) and Portland Development Commission (PDC). As a longtime proponent of equity in contracting, Nate led the housing bureau’s Minority, Women, and Emerging Small Business (MWESB) outreach and contracting initiatives during his tenure there and was actively involved in program development related to equity and contracting opportunities bureau-wide. With a focus on transparency and accountability related to MWESB contracting goals, Nate assisted the City’s Procurement Office in the development of data collection and reporting on contracting in PHB-funded projects.

Peg Malloy is the founder and Executive Director of the Portland Housing Center (PHC) a regional agency focused on supporting first-time homebuyers by providing homeownership counseling, education, IDA matched savings accounts, mortgage lending, and second mortgages. Prior to PHC, Peg work in economic development positions for the City of Portland and New York City. Her background includes co-managing a neighborhood credit union, writing guidelines for personal loans, making loans for business expansions, and designing a gap financing program for special needs residential buildings. She has also developed two culturally specific financial curricula. Peg has a B.A. from University of Oregon and an M.A. from the New School for Social Research in New York City. She attended the Achieving Excellence at Harvard as well as Women in Power which led to fundraising for a girl’s school in Rwanda in an area hit hard by genocide. She believes homeownership matters to creating the economic opportunity necessary for a fair and just society.

As Vice President of Development for Related Northwest, Ms. Kondor is responsible for establishing Related’s presence in the northwest while leading and managing all aspects of development and financing for Related’s affordable developments. Prior to joining Related, Ms. Kondor was Director of Real Estate Development for Central City Concern where she managed the land acquisition, entitlements, and due diligence process for the development of new clinical and affordable housing in Portland, Oregon with development costs in excess of $100 million. While at Central City Concern, she was a recipient of the Housing Oregon’s Star Player Award in 2017and led her development team named as top affordable housing developer by the Daily Journal of Commerce for 2018. She developed award winning projects receiving the prestigious AIA/AAH design award for Healthcare Design as well as the Novogradac New Market Tax Credit QLICI of the Year for Metro projects. Ms. Kondor has consulted through her firm, SK Asset Advisors for private developers and construction managers focused on affordable housing. As Senior Asset Manager for Bayside Communities, Ms. Kondor managed a portfolio of more than 60 multifamily properties throughout the west coast including senior housing, assisted living, low-income housing and HUD communities. She is experienced working on complex transactions with multi-layered funding along with new market tax credits. Ms. Kondor holds a Bachelor of Science in Business Administration from the Haas School of Business at the University of California, Berkeley and sits on the Board of Directors for the Boys and Girls Club of Portland as well is a member of PSU’s Real Estate Advisory Board. 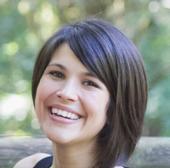 Taylor Smiley Wolfe is the Director of Policy and Planning for Home Forward, a mission driven organization that develops and operates affordable housing with the goal of ensuring that all community members have a stable home. She manages policy analysis processes, supports long-term planning, and helps the organization leverage its role as the largest provider of affordable housing in Oregon to improve collaboration and efficacy between systems impacting people in poverty. Prior to joining Home Forward, Taylor was the Policy Director for Oregon House Speaker Tina Kotek and helped advance the Speaker’s priorities, including: the Student Success Act, Cap and Trade, and legislation to address the statewide affordable housing crisis. As the Speaker’s Policy Director, she played a major role in developing and helping to pass the first statewide anti-rent gouging and tenant protections legislation, Senate Bill 608 (2019) and the first statewide legalization of middle housing, House Bill 2001 (2019). Taylor has also served as a policy analyst and researcher for PolicyLink, Former Secretary of Labor Robert Reich, and the Dellums Institute for Social Justice. Taylor has a Master of Public Policy (M.P.P) from the Goldman School of Public Policy at UC Berkeley.