Information
On this page 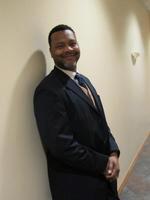 Dr. Holt holds a Bachelor’s degree in Pastoral Ministry and Political Science from Warner Pacific College in Portland, Oregon. In the 1970’s he was involved in a program which bused African-American kids from their inner-city neighborhoods to predominately white suburban schools. This experience proved instrumental to Bishop Holt’s ability to communicate effectively across racial, ethnic, and gender lines. His professional experience includes a stellar career in retail sales and honed leadership and business skills in managerial positions, one of which was serving as President of an urban clothing company.  He travels extensively as a motivational speaker and worked as an adjunct professor at North Portland Bible College, a teacher at Portland Christian High School, and teaches at Warner Pacific College.

Bishop Holt also held credentials as a financial adviser and has served as a Field Representative for Promise Keepers, an international men’s ministry. Bishop Holt has continued to lead by finding alternative and creative ways to serve by partnering with other organizations for continued worship expressions for the church, founding the FreshWind/11:45 movement with five other pastors to address the need for mentorship and gang intervention in the Portland metro area, and becoming the Chair of the Oversight Committee to assist with the Mayor’s housing strategy for N/NE Portland. Dr. Holt is also a leading voice to assist the City of Gresham with strategy for serving the growing African American population of displaced people. He is the principle consultant of Try Excellence, LLC specializing in facilitation, training and consultation with an eye on equity, inclusion and diversity.

"I desire a position that will allow me to put my exceptional experience in Youth Development together with my leadership and community inclusion skills to use. My aptitude for relating to people of all ages and backgrounds has proven to be invaluable in strengthening both communities and relationships. Being both bilingual and bicultural has allowed me the ability to communicate effectively with audiences of various cultures."

Mr. Montas currently works at Metropolitan Family Services; he has also worked at Outreach 360 in the Dominican Republic, at Alliance High School as a teen father mentor, for Multnomah County as a bilingual home care worker. Mr. Montas has a BS from Portland State University in Business Administration and Marketing. 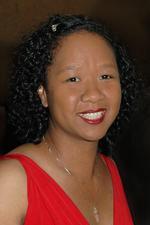 Felicia Tripp Folsom is the Deputy Director of the Portland Housing Center, a NeighborWorks homeownership center and graduate of the Achieving Excellence Program at Harvard's Kennedy School. In her professional life, she is busy working on issues involving, affordable housing, social justice, healthcare and educational reform. Currently Ms. Tripp Folsom sits on the board of directors of Children First For Oregon, Innovative Changes and All Hands Raised. When she is not busy serving the community, she is a carpooling mom of two very busy children. 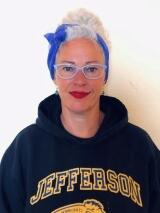 Gabrielle Mercedes Bolívar was born in Portland, Oregon and has spent most of her life living in N/NE Portland.  Ms. Bolívar was awarded an Under-represented Minority Achievement Scholarship at Portland State University for her undergraduate and graduate degrees. She holds a Master of Public Administration from the Hatfield School of Government at PSU and has spent over 30 years in Social Services and Social Change.

Ms. Bolívar is the Executive Director of Mainspring where she has served for the past 7 years.  She has been actively involved in education advocacy and social justice for several decades.  Ms. Bolívar has served on several Portland Public School and Oregon Department of Education Committees and is currently on the Site Council for Ockley Green Middle School.

Ms. Bolívar resides in North Portland with her husband and their three children who attend their neighborhood public schools.  She recently served on the Jefferson High School Design Committee and will be actively working on the next PPS Bond to modernize Jefferson high school where her two eldest attend school.

Ms. Bolívar is an ultra-marathon runner and has spent many hours volunteering for the PIL track and field in PPS.  She enjoys spending time with her family and their menagerie of rescue animals. 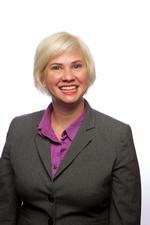 Jilian Saurage Felton moved to the greater Portland area at the age of five, and it's remained her home ever since. She studied Political Science at Lewis and Clark College receiving a BA in International Affairs in 2002. In 2007 she returned to school to earn her MBA from Willamette University, graduating with honors in 2009. During that same time she began her career in banking, where she gained knowledge and proficiency with nonprofit, government, and affordable housing finance. In July 2017, she left banking to begin work as the Finance Director of the Portland Housing Center.

Jilian serves on several volunteer boards and committees as Treasurer of the Board for Sabin CDC, a Board member and development committee member of Youth Rights and Justice and a mentor with A Family for Every Child. In her free time she enjoys chasing around her children and dog, hiking, fishing, all things science fiction, and exploring the many restaurants in Portland with her husband. 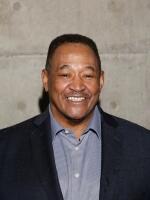 Born onto the mean streets of Patterson, New Jersey, he rose through the ashes and rubble of a violent and impoverished community that claimed many of his family, friends and neighbors, to become a powerhouse of inspiration and encouragement. He attended Rutgers University where he was an All-American football player, but the death of his father through substance abuse related illness, Mr. Washington was led to pursue addiction studies at Washington State University, WA and Evergreen College, WA.

After graduation, he interned at the Olympic Center in Bellingham, WA working with Native Americans through addiction counseling. This experience led him to Oregon where he operated as a consultant to several of the local tribes including; Grand Ronde, Siletz and Cow Creek.  He also worked with Marion County where he designed programming to serve and treat historically hard-to-reach ethnic youth and families in the areas of drug/alcohol and gang intervention. In the 1990s he founded Inside Out Care in Salem, Oregon, a successfully administered treatment based program for this same population.

In the early 2000s he established Flossin Media, a multicultural media production and marketing agency that specializes in reaching Black and other communities of color through print, video and event production, and outreach, PR and social media management, which he still operates today.  As CEO of Flossin Media he publishes a tri-annual publication called Flossin Magazine and is also an active editorial advisor to outside authors, bringing a cultural responsive perspective to their work. Examples include; “What A City’s For: Remaking the Politics of Displacement” by Professor Matt Hern and the outreach strategy section of the  “Pathway 1000 Implementation Plan”, a displacement mitigation strategy developed by Portland Community Reinvestment Initiatives. He is the host of two podcast series, Black Beat and PDX Black Rose, where he highlights Black newsmakers from around the City and the Pacific Northwest.

He also serves as the current Executive Director for the Soul District Business Association, working with small business owners and youth entrepreneurs to help them navigate complex governance systems, connect to resources, build partnerships and reinforce their perceptions of capability, significance and influence. In this role he also works as the Outreach Navigator on behalf of the N/NE Community Development Initiative committee, connecting Black and other business owners and residents of color to funding resources for property acquisition and improvement. And he oversees fiscal management of grant funds for the Williams and Russel Project working group.

Mr. Washington has help to guide a number of public art projects including chairing Prosper Portland’s Vanport 2 Development Design Committee where he worked with leadership at the Regional Arts & Cultural Council to provide a culturally responsive lens to community identity. He is currently working on a Soul District branding project with other district partners to doing similar work. Past board affiliations include Governor Ted Kulongoski‘s Juvenile Justice Task Force committee, Salvation Army White Shield and Venture Portland. He is a proud member of the Most Honorable Prince Hall Masons, Coalition of Black Men and NAACP Portland Chapter.

He is a father of 4, grandfather of 2 and has been a foster parent of over 24 Black males for the State of Oregon, many whom still call him “Pops” to this day. 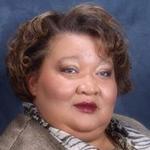 Sheila is a community and economic development aficionado. As Pacific Power’s Regional Business Manager, Sheila works with local government, business, and community leaders as the company’s interface in Northwest Oregon and Southwest Washington. She has experience as an energy and conservation manager, small business and community development manager and district area manager. Sheila believes that how well Pacific Power does is directly related to how well the communities the utility serves are doing.

She serves on various boards that have advanced collaborative partnerships to achieve sustainability, community and economic development initiatives locally, regionally and nationally for more than 25 years. She is a strong advocate for comprehensive community revitalization through public/private partnerships, self-reliance, innovation and sustainable practices. She helped found the League of Utilities and Social Service Agencies, the Community Energy Project, Albina Community Bank, The N/NE Economic Development Alliance, Albina Opportunity Corporation and Micro Enterprise Services of Oregon and the Lloyd EcoDistrict. She is a graduate of Pacific University. 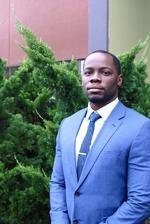 Triston Dallas is an attorney in the Portland, OR area. Mr. Dallas received his B.S.B.A. from Georgetown University in 2009, with a double major in Finance and Marketing, a minor in Psychology, and a certificate in Consumer Behavior.  For his law school career, Mr. Dallas attended Florida A&M College of Law and Lewis & Clark Law School obtaining his law degree in 2013.

Mr. Dallas has mainly focused his practice in the areas of Business Transactions, Contracts, Intellectual Property. Currently practicing disability law as an associate attorney. Mr. Dallas is a member of the Multnomah Bar Association, Oregon State Bar Association, Oregon State Bar House or Delegate member, and the Vice-president of the Georgetown Alumni Associate in Oregon.

Outside of law and business, Mr. Dallas spends majority of his time with his family and his many nieces and nephews. Mr. Dallas is also an avid photographer, golfer, and middle school basketball coach in the winter, spring and summer.

Virgie is a native Portlander. She is retired from Self Enhancement Inc. She is committed to ensuring Black residents of Portland have safe and affordable housing.