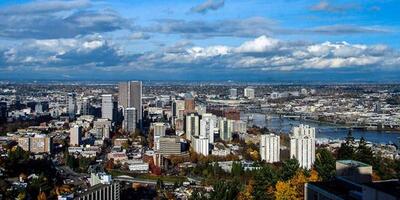 Molly C. Rogers is the Interim Bureau Director of the Portland Housing Bureau where she leads planning efforts for the Bureau’s key strategic priorities—Portland’s Housing Bond, the Metro Housing Bond, and the integration of Supportive Housing.

Prior to joining the Bureau in January 2019, Molly spent eight years at Home Forward, the largest affordable housing developer in Oregon. As Home Forward’s Director of Asset Management and Housing Policy, she was responsible for the financial, physical, operational, policy, and regulatory aspects of the agency’s 6,500-unit affordable housing, public housing, and commercial real estate portfolios, valued at $900M.

She has previously served as the Director of Asset Management at the Housing Development Center, worked on homelessness programs for the Cities of New York and Portland, was the first Executive Director for a nonprofit subsidiary of Columbia University, and launched a resident services program in Minnesota. Molly has a master's degree from Columbia University’s School of International and Public Affairs and a bachelor’s degree from Macalester College in St. Paul, MN.

Matthew Tschabold is the Interim Deputy Director for the Portland Housing Bureau where he leads a team of highly competent staff in the planning and administration for the Bureau’s key strategic initiatives – housing market and affordability analysis, and program performance and reporting; the N/NE Preference Policy; the Fair Housing and landlord/tenant initiatives; voluntary and mandatory inclusionary housing initiatives; anti-displacement and affordable housing TIF planning, area planning, and land use and zoning planning.

Prior to the Housing Bureau, Matthew’s background in urban policy, public finance, and governance includes work with the State of Oregon, governments and institutions of Cambodia and Macedonia, New York University's Robert F. Wagner School of Public Service, the City of New York, and the United States Peace Corps. 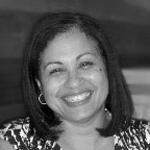 Leslie Goodlow joined Portland Housing Bureau as the Business Operations Manager in September of 2012. Leslie held progressively responsible jobs with Multnomah County during her 20 years there. She began her career at the County as a Mental Health Consultant with the Partner’s Project a multi-jurisdictional demonstration grant funded by SAMHSA. She moved into management and participated in the development of Multnomah County’s capitated mental health plan – CAPCare.

In 1998 she took over the Child and Adolescent Mental Health direct service programs for the County. In this role, she partnered with school districts across the county, Child Welfare and Juvenile Justice to improve services and outcomes in mental health care for children. Her last position with the County was serving as the Senior Manager in charge of Coordination, Safety and Intake Services for the Developmental Disabilities Services Division, which also included business operations and information technology. Leslie holds a Bachelor of Arts in Psychology from Grambling State University and a Master’s in Social Work from Portland State University.

She is very active in the community, most notably with the Portland Rose Festival Foundation, where she has been a board member since 1999 and served as President of the organization in 2007 for the Centennial Celebration. She is a member of the Portland Kaohsiung Sister City Association, and Alpha Kappa Alpha Sorority Incorporated. Leslie has a tremendous personal and professional commitment to the communities we serve at PHB.

For a list of programs and additional contacts, also see the PHB Program Directory.

Director Callahan announces her departure from the Portland Housing Bureau