About the PBEM Team

Information
Learn about who works for the Portland Bureau of Emergency Management and how to contact them. 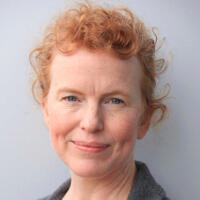 Jonna is Portland's Chief Resilience Officer. She coordinates hazard mitigation and business continuity planning for the City as an enterprise and leads a community resilience team, which includes direct community outreach, a Coalition of Organizations Active in Disaster, and volunteer programs for the Neighborhood Emergency Team (NET) and Basic Earthquake Emergency Communication Nodes (BEECN) program. The City’s resilience work advances the bureau’s vision of a resilient Portland, seeks to balance public infrastructure improvements with investments in community well-being, and is centered in service to the communities most impacted by disasters.

Jonna is also currently the bureau’s Interim Director. She has been with PBEM since 2013. She previously worked as a community organizer, land-use planner, and political policy advisor. She holds a BS in Urban Studies and a Master in City Planning from the Massachusetts Institute of Technology. 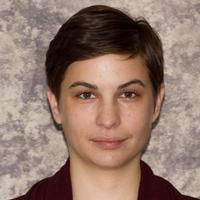 Angela joined the PBEM team in November 2017 as an Exercise and Training Specialist and duty officer. She helps ensure the Portland Emergency Coordination Center (ECC) is prepared by developing and maintaining protocols and aligned software applications for working in the ECC. She also helps train ECC responders and City staff by developing, conducting, and evaluating exercises designed to test and enhance the City’s capabilities. Prior to joining PBEM, Angela worked as a project and emergency manager at Multnomah County Drainage District for four and half years, focusing on flooding and levee systems. Angela is a Portland native and studied Planning, Public Policy, and Management at the University of Oregon. 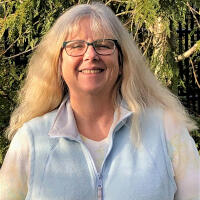 Beth joined PBEM in August 2018 as the Grant Coordinator for the RDPO. She is responsible for coordinating grant development and administration for the RDPO, ensuring a smooth experience for partners and awardees. Beth is currently serving as the RDPO's Interim Director.

Previously, she worked as the Operations Manager for the Oregon Health Security, Preparedness and Response Program at the Oregon Health Authority. She has expertise in emergency management, federal grant management, public budgeting, and contracts. She has worked extensively in the areas of social determinants of health and equity and inclusion. She graduated from Portland State University and has a Bachelor’s in Community Health Education and an Executive Masters of Public Administration.

As a member of the Community Resilience Team, Glenn is privileged to serve the volunteers of the NET and BEECN programs, and other preparedness efforts throughout Portland. His experience includes leadership of Sunnyside NET, civil rights and civil liberties advocacy, nonprofit governance, design of intercontinental computer networks, and 22 years as the owner of a website and app development firm. In his spare time he likes to get dirt under his nails in his garden and serves on the board of the Portland Bocce League Association. 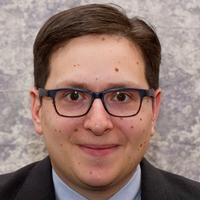 Dan is responsible for conducting media relations and overseeing public information for PBEM and the Portland Bureau of Emergency Communications (BOEC).

Dan started working at PBEM in 2008, first as a program specialist focused on regional coordination, and then as public information officer in 2013. He also previously served as a staff member in Portland Mayor Tom Potter’s office. Dan started working for BOEC in 2018. He holds an M.A. in Political Science and B.A. in Political Science and Canadian-American Studies from Western Washington University in Bellingham, WA.

Daire Elliott has been the office specialist for PBEM since 2007, supporting the bureau via timekeeping, financial, and administrative work.  His efforts help ensure an overall smooth flow of work in the office.  He also chairs the bureau's Diversity and Equity Committee and represents the bureau in the Citywide Equity Committee.

Previously, Daire has worked in jobs ranging from warehouse work to veterinary technician, and received a Bachelor of Science Degree in Architecture from Portland State in 2000. 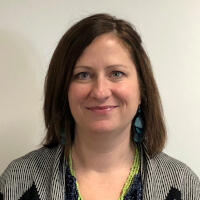 Laura joined the RDPO in 2017 and provides coordination of regional disaster communications. She is the Chair of the RDPO Disaster Messaging Work Group and co-coordinated the Regional Joint Information System during COVID-19 response. She is a Team Leader for the Arbor Lodge/Kenton Neighborhood Emergency Team and Co-Chair of Parents4Preparedness. She teaches disaster preparedness classes at venues throughout Portland​ and is a contract writer for the Oregon Seismic Safety Policy Advisory Commission.

Prior to joining the RDPO she worked in program coordination/management for Portland Community College and Portland State University.​ She holds a B.A. in Sociology and an M.A. in Teaching English to Speakers of Other Languages. 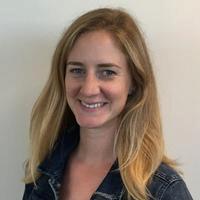 Laura joined the RDPO in 2016 to lead planning for the organization, which includes stakeholders from five counties (Clackamas, Clark, Columbia, Multnomah and Washington). Prior to joining RDPO, Laura worked for more than a decade in international humanitarian relief and development with Mercy Corps. She managed a multi-country resilience program focused on disaster risk reduction and market systems development in Asia. She holds a BA in Political Science and Latin American Studies from Seattle Pacific University, and an MBA Certificate from Portland State University’s Entrepreneurial Leaders program. 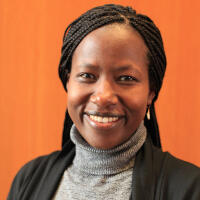 Before joining PBEM, Regina worked with Oregon Public Health Institute as Community Engagement and Equity Manager, where she managed projects addressing social determinants of health, mainly to increase health access services to low income communities in East Portland. She also worked with the Clinton Health Access Initiative in Rwanda coordinating public health projects.  She obtained a master's degree from Brandeis University in Sustainable International Development and Bachelor of Arts in Accounting from National University of Rwanda. 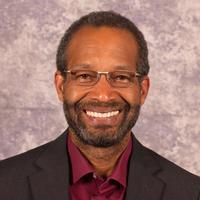 Ernest Jones joined PBEM in October 2015 to work with the BEECN and NET programs and conduct outreach. He previously served 22 years as a reservist at the Federal Emergency Management Agency (FEMA) in community relations and disaster survivor assistance on approximately 55 federally declared disasters, including Super Storm Sandy, Hurricane Katrina, and the World Trade Center in 2001.

Since 2005, Ernest has represented the U.S. as an election monitor for the Organization for Security and Cooperation in Europe (OSCE) in Eastern Europe and Central Asia. He was a Rotary Foundation Graduate Scholar at Victoria University in Wellington, New Zealand, and holds a B.A. from The Evergreen State College and M.S.W. from the University of Washington. 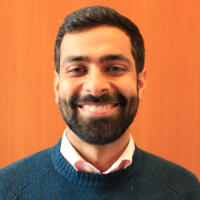 Rachit joined PBEM in November 2018 as the bureau's Business Continuity Planner. He is a project manager with experience working in humanitarian relief and response, disaster risk reduction planning, and community needs assessment.

Rachit holds a master’s degree in Disaster Management from Tata Institute of Social Sciences, India. Previously, he worked on inclusive risk reduction planning and long-term recovery for hazards like floods, drought, landslides, and earthquakes in India and Nepal. Before starting to work in human development sector, Rachit worked as a software tester for an IT firm. 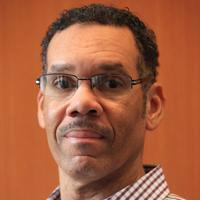 Mike joined PBEM in February 2017 as the bureau’s Procurement manager. In December 2019, he became the bureau’s Disaster Response Planner, where he is responsible for leading collaborative planning processes and developing and documenting emergency response plans for the City.

Prior to joining PBEM, Mike was a Contracting officer for the Department of Human & Health services and served as an Intelligence Officer in the U.S. Army. Mike currently holds a BA in German Studies and an MA in Administration of Justice and Security. 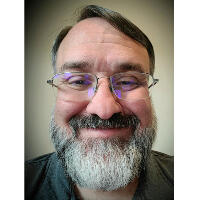 Prior to joining PBEM, Tig worked for the Federal Emergency Management Agency (FEMA) helping cities, counties, and agencies in Oregon with federal disaster aid. Tig is a 5th generation Portlander (Go Demos!), and a volunteer with the Multnomah County Amateur Radio Emergency Service (ARES). He has expertise in emergency management, FEMA's public assistance program, operations and logistics. Tig also has experience in radio broadcasting, film production, and risk management. He has a B.S. in Homeland Security and Emergency Management from Concordia University and is completing a Masters in Emergency Management at Arizona State University in the fall of 2021. He also is a Chartered Property and Casualty Underwriter and an Associate in Risk Management. You will often see Tig riding his bright red Vespa, cheering on the Portland Pickles, or camping in the great Pacific Northwest. 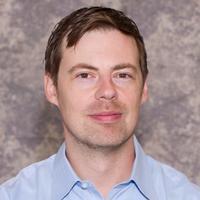 Jeremy manages the bureau’s volunteer programs and is a duty officer. He has worked for the City of Portland since 2003. He has been a policy manager in Portland City Hall (advising two mayors and one commissioner), worked in finance, housing, and economic development. Jeremy has graduated from Portland State University with a Bachelor’s in Anthropology and an Executive Masters of Public Administration.

Georgia has been working for the City of Portland since 2016 at the Portland Parks & Recreation bureau and at the Office of Community & Civic Life. She holds a Ph.D. in Ecology and worked for many years in native forests in the Brazilian Amazon. 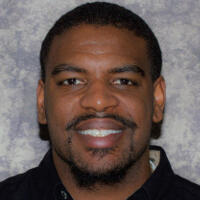 Da'Von joined the PBEM team January 2018 as a NET Program Specialist. He is responsible for organizing basic NET classes for new volunteer recruits, conducting community outreach events, and representing PBEM at community NET meetings. He also serves as a Duty Officer for PBEM. Da'Von has worked in a wide range of jobs, including education, community outreach, and mental health. He received his Bachelor's in Sociology from California State University Long Beach. 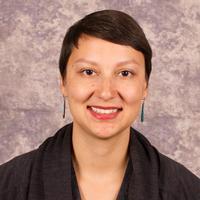 Katy Wolf joined PBEM in 2016. Katy manages the Operations team and is responsible for recruiting and training Emergency Coordination Center (ECC) responders and for developing, conducting, and evaluating exercises designed to test and enhance the City’s capabilities. She serves as the ECC Manager during emergency activations and serves as a duty officer. Katy also started the Boise/Eliot/Humboldt Neighborhood Emergency Team (NET). Before PBEM, Katy worked in energy efficiency program management and business development for six years, and in urban planning and design for two years. Katy holds a B.A. in English from the University of Oregon.