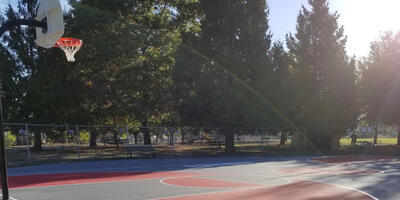 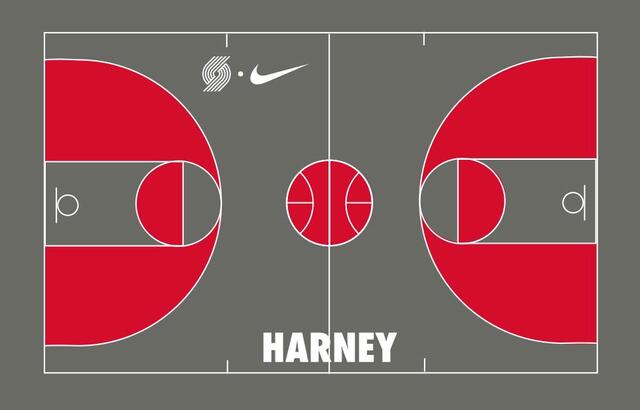 Portland Parks & Recreation, with support from Nike and the Portland Trail Blazers, has given the Harney Park basketball court a brand new look. This work was completed in July 2022.

If you have questions, please contact Ken Rumbaugh at 971-269-9042 or ken.rumbaugh@portlandoregon.gov.

General William S. Harney was the commander of the U.S. Army's Department of Oregon from 1858-59. Harney was instrumental in making San Juan Island, off Washington's coast, part of the United States rather than part of Canada. The park that bears Harney's name was originally a neighborhood eyesore; it was the location of illegal dumping and was a magnet for 4-wheelers out for a spin.

When the neighbors decided that something needed to be done, they applied for a Housing and Community Development grant from Multnomah County. The neighbors received a $50,000 grant and the assurance that the Marines would volunteer to grade the park. Due to the passage of the 1989 Park Improvement Levy, PP&R matched the Multnomah County funds. The community was able to drum up enough extra money to complete the project by gaining the support of the Portland Trail Blazers, the Rose Festival Association, and Precision Castparts, one of the major employers of the neighborhood's working population.

The renovations to Harney Park became a reality in 1991. About the collaborative effort that went into the project, Nick Sauvie of the Southeast Neighborhood Uplift Program said, "People need to work together. The government can't do it alone . . . here's an instance where Portland residents made a $50,000 investment and they got a park worth $200,000. For people who are really turned off by government's ineffectiveness, that's a very tangible return."

SE 67th Avenue and Harney Street
Portland, OR 97206
Get Directions