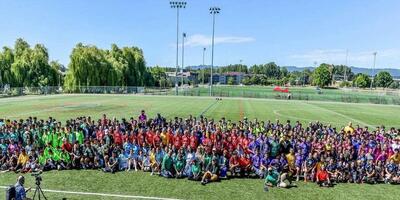 Delta Park and the Portland International Raceway were built on the site of the city of Vanport City, which was destroyed by a flood in 1948. Prior to its destruction, Vanport was the second largest city in Oregon. Vanport was constructed in order to house the thousands of war-time shipbuilders that Henry Kaiser, of Henry Kaiser Industries, had recruited from New York to help with the war effort. Vanport, which was constructed in under a year, was deemed 'The Miracle City.' It had its own post office, nine schools, a fire station, a 400-seat cafeteria, a 785-seat theater, a library, a hospital, fourteen playgrounds, five commercial centers, and a police station staffed by twenty-two officers.

The problem with this instant city was that the quality of housing and building construction left much to be desired. On Sunday, May 30, 1948, just one day after the general manager of Vanport announced that the city was "not in any foreseeable danger" from rising flood waters, a segment of the ring-like dike surrounding the city collapsed. A 12-foot wall of water rushed through the community, wiping out all of the poorly-constructed houses. The residents were never officially notified that they were in danger.

Delta Park has been the site of quite a bit of controversy over the years. In 1964 there were some hotly contested plans to build a domed stadium in the park. Had the plans gone through, the stadium would have been the largest of its kind, with permanent seating for 60,000 and temporary seating up to 80,000. The plans were not approved and we now have a place for all sorts of outdoor activities.