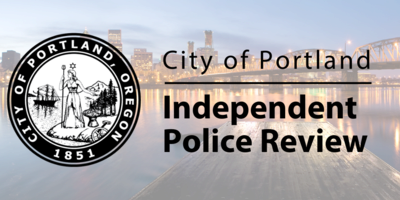 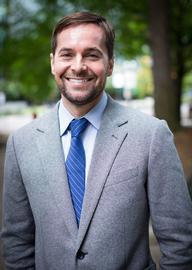 Ross grew up in Toledo, Washington and went to college at the University of Washington and law school at Lewis & Clark College. Prior to joining IPR, he had worked as a Programs Director for the Criminal Justice Commission overseeing the Justice Reinvestment Grant Program and several other program areas and worked extensively with the different criminal justice system associations and counties around the state. Prior to the Criminal Justice Commission, Ross worked as a Deputy District Attorney in Multnomah County.

Kelsey oversees the investigations unit and the Community-Police Mediation Program. She previously served in IPR as the Administrative Specialist for 7 years, providing administrative support to the management team and investigators.

Prior to her employment with the City, she was a legal assistant with Metropolitan Public Defender for 5 1/2 years, working in several different units including misdemeanors, drug treatment courts, and major felonies. Kelsey holds a Bachelor of Arts degree in Political Science from Lewis & Clark College. She is an avid Portland Trail Blazers fan and dedicated bike commuter.

Eric was born on the island of Oahu and grew up on the windward side in the town of Kaneohe.  He moved from Hawaii to Portland in 1991.  He is a product of Portland State University’s Sociology Department where he obtained a Bachelor of Science in 1996 and Masters of Science in 2003.  Eric worked with the Save Our Youth diversion program, helped public schools develop peer mediation programs, and worked in crisis services for homeless and in transition youth with Janus Youth Programs Harry’s Mother.  Prior to joining IPR, Eric worked for Oregon’s Department of Human Services for 16 years.  The first five of those years were with child protective services, and the rest conducting fact finding protective service investigations statewide with the Office of Investigations and Training in caregiver settings.  Eric is not related to the man the giant Nomura’s Jellyfish is named after.

Erin originates from the Midwest where she studied biology at the University of Wisconsin. Prior to working for the IPR, she worked as a criminal defense investigator for twelve years. Ms. Playman likes psych music, art, and bicycles, but enjoys quiet time above all else, besides a good pun.

Katherine is a graduate of Portland State University and worked in Portland in the legal field for nearly a decade.  Prior to coming to IPR, Katherine worked as a Senior Investigator with the Civil Rights Division at the Oregon Bureau of Labor and Industries.  In her free time Katherine enjoys sewing, reading, and the outdoor.

Andrew was born in Washington. He received his Bachelor’s degree in Communications from the University of Idaho, and then enlisted for five years of service in the Army. During his time in the military, Andrew was stationed in South Carolina, Louisiana, and Korea, but has also lived in Texas and Idaho. He has experience working with a variety of state and local governments, and enjoys reading, listening to music, playing soccer, and spending time with his family.

Casey relocatedto Portland in2017 after spending the previous10 years overseeing student conduct and investigating sexual misconduct at Southern Oregon University. He has also servedas an instructor in the Sexual Assault Training Institute for Oregon’s Sexual Assault Task Force. He received his B.S. in English from Southern Oregon University in 2003, and his Master’s in Higher Education Administration from Ball State University in 2005.

In his spare time, he can usually be found out on hiking trails, or discovering local eateries that are cool with him bringing his dog.

Vince grew up in South Carolina, spent his summers in New York with his family, attended Orangeburg Calhoun College, and during his military career he was assigned to Fort Bragg NC, 82nd Airborne Division. During his 29-year law enforcement career he was a community policing advocate and a liaison with clergy and community groups working to assure transparency and accountability in law enforcement agencies in his area. Vince has completed thousands of hours of police training and has held multiple command assignments. In the last two years of his service with the Portland Police Bureau, Vince was pivotal in implementing policy changes brought about by the Police Bureau’s settlement agreement with the Department of Justice.

Vince is a highly respected leader and mentor in his community and is a current board member on Word is Bond, where he promotes building bridges to develop relationships between the police and young African American community members. He impacts the community through service in groups such as Inter-faith Peace and Action Collaborative, No Hate Zone and Community Peace Collaborative. Vince received the NAACP’s Community Policing Officer of the Year award in 2017, presented to him by Jo Anne Hardesty.

Molly has lived in and around Portland, Oregon, her whole life. She received her Bachelor’s degree from Western Oregon University in 2015 and her Master’s in Criminology and Criminal Justice from Portland State University in 2017.  At both institutions, she specialized in crime analysis and geographic information systems. Prior to beginning work at the IPR, Molly worked for the Multnomah County District Attorney’s Office as a research analyst and data technician. When she’s not working, Molly enjoys trying new restaurants and breweries with friends, reading, keeping up with her favorite TV shows, and practicing her witty comebacks for future conversations.

David graduated from University of Oregon with a B.A in Political Science and a Minor in Business Administration. David provides  administrative support to IPR management and investigators.  Prior to joining the IPR Team, David was a Project Specialist with the City of Beaverton assisting with planning the City's summer events. Prior to that, he worked as a Community Liaison for Portland City Commissioner Nick Fish.

David is an avid photographer and a huge fan of the Oregon Ducks football team.