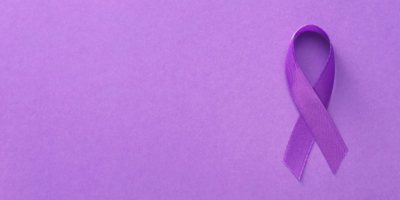 When police respond to domestic violence calls, officers conduct interviews, gather evidence, offer assistance, and write a report that will form the basis for additional investigation and possible criminal charges. The Police Bureau’s Special Victims Unit and a team of Multnomah County employees follow up with survivors and prioritize calls involving violent, repeat offenders. In the past, Independent Police Review has received complaints about the Bureau’s response to domestic violence survivors. This review was initiated to better understand community members’ concerns, identify systemic issues, and make recommendations for policy revision and training to improve service.

Based on a community survey, interviews with experts, and a review of national practices, Independent Police Review concluded:

The Police Bureau created the Domestic Response Reduction Unit in the 1990s to investigate domestic violence cases. That unit was renamed the Special Victims Unit in 2020 to reflect the Bureau’s partnership and co-location with Multnomah County’s Domestic Violence Enhanced Response Team and additional responsibilities, including elder crimes and offenses perpetrated against vulnerable adults. In addition to domestic violence calls, the unit addresses sexual assaults, robberies, and shootings that have a nexus to domestic violence.

The Bureau receives approximately 8,000 to 9,000 domestic violence calls per year. From 2008 to 2014, the unit used an automated risk scale developed in collaboration with Portland State University to identify the highest-risk cases for priority case assignment. With a significant volume of calls, this tool allowed the Bureau to focus its limited investigative resources on its most dangerous cases. However, recent compatibility issues with the Bureau’s multi-agency records database, known as RegJIN, caused the tool to cease working, and to date there is no comparable replacement.

There has been discussion within the Bureau of moving the Special Victims Unit from its current location, which it shares with Multnomah County and community groups. In interviews, partners supported the unit’s desire to remain where it is to facilitate collaboration and insisted that positions be retained.

We conducted a survey of domestic violence survivors and advocates to learn their views of the Bureau. More than half of the survivors and advocates who responded indicated that they would be comfortable contacting the Bureau if they or a loved one experienced domestic violence. Some of those respondents noted that the Bureau is their only option, and they would like officers who answer calls for service to be better trained about how trauma affects survivors’ behavior. Some said the Bureau has improved its response when called to help and appreciated that advocates are embedded in the Special Victims Unit. Others reported less confidence in officers who respond to domestic violence calls, describing them as engaged in victim-blaming and uninformed about the effects of trauma. One respondent noted that contacting the police is “not safe or accessible to people of color, people with autism or disabilities, or sexual minorities.”

Generally, Portland officers assigned to patrol receive a basic level of domestic violence training when they are hired provided by the Oregon Department of Public Safety Standards and Training. That has not always been the case. Between the early 2000s and 2016, the Bureau provided additional multi-day training on domestic violence in its Advanced Academy.

The advanced training included classroom instruction and a full day of simulations in which officers addressed domestic violence scenarios with coaching from supervisors and partners from community agencies, including the district attorney’s office. The scenarios helped officers gain experience, receive constructive feedback, and familiarize themselves with the community resources available to survivors. In interviews, sergeants from the Special Victims Unit highlighted the scenario format as a valuable training tool and said they have repeatedly requested that it be put back on the Advanced Academy agenda. The sergeants also would like to provide more training and instruction at the Bureau’s regular in-service events during the year. Officials from the Multnomah County District Attorney’s Office, Volunteers of America, and others supported more training for patrol officers, especially when it includes scenarios.

Portland Police directives guide officers’ conduct in the field. They also are available to the public to review Bureau policy and procedure. Many directives contain language recognizing the importance of the policies and describing the values underlying them.  Directives that apply to domestic violence do not contain enough explanatory context to help officers understand the importance of certain requirements.

The Bureau’s directive on Protection Orders and Domestic Violence Cases (825.00) tells officers what they must do when responding to domestic violence calls but does not explain why. For example, the directive states that domestic violence calls require at least two officers to respond, and that officers who arrive first may not call off the second officer. It does not explain why two officers are needed, such as being able to separate the parties involved and calm others who may be at the location. The directive says officers must make an arrest of the perpetrator and write a police report for all domestic incidents, actions difficult and possibly unsafe to carry out alone in a volatile environment.

When someone calls for help in a domestic violence situation, officers must understand and be able to explain the steps they must take to best protect the victim and their own safety as well as collect evidence of the offense. For example, the North Carolina Coalition Against Sexual Assault explains the importance of separating involved parties:

Coercion and threats from the abuser may also hamper their ability to give details about the incident in that retaliation could be a real threat. Officers can minimize some of the intimidation by separating the victim and offender. Interviewing the parties separately conveys the message that the issue is between the officers and the offender since a crime has been committed. Officers should not place the victim in a situation where they must confront the offender.

Training in the neurobiology of trauma is an emerging area in law enforcement, and experts recommend it be included in basic training for all officers. The Oregon Department of Public Safety Standards and Training has a trauma-informed curriculum under development, but its existing curriculum does not include trauma-informed practices as a prominent theme. The absence of trauma-informed education during basic training or the Bureau’s Advanced Academy is a missed opportunity to provide better police services to survivors.

The training is essential for officers to understand why survivors of sexual assault often don’t flee, cry out, or fight back against their attackers. It also provides insight into why survivors of domestic violence may stay with a perpetrator, refuse to reach out for support, and provide misinformation to law enforcement and loved ones. Knowing what happens in the brain during a traumatic event can inform an officer’s approach and demeanor with survivors when responding to a domestic violence call and could lead to better investigative outcomes after the initial contact.

Detectives, sergeants, and officers in the Special Victims Unit are trained in the Forensic Experiential Traumatic Interview, an emergent curriculum that holds the neurobiology of trauma among its foundational principles. Though this form of interviewing is ideal for longform, survivor-directed interviews and most appropriate for investigators, an understanding of the neurobiology of trauma would also benefit patrol officers responding to acute domestic violence calls. Trauma-informed interviewing techniques have utility for investigations whether an officer has five minutes or two hours with a survivor.

Reports from responding officers are essential for prosecutors

When officers overlook specific elements of domestic violence crimes in their reports, abusers may be charged with misdemeanors instead of felonies. The Multnomah County District Attorney’s Office said it could improve the accuracy of its charging decisions if officers provided evidence aligned with the legal elements of domestic violence crimes, including indicators of lethality and intent. The Bureau agreed, acknowledging that report writing for domestic violence cases was an area where officers need more training. Special Victims Unit staff said articulating the legal elements was especially important for domestic violence incidents that involved strangulation. For example, officers often document the appearance of bruising, but bruising alone is not considered an injury according to Oregon law. Officers must ask “pain-scale” questions in addition to documenting bruising, so the presence and extent of injuries are clear.

The ideal patrol response from the District Attorney’s Office’s perspective to domestic violence calls would involve officers asking an array of questions, such as whether a perpetrator was aware of protection orders or whether an alleged attacker knew the victim was pregnant. Answers to such questions illustrate the degree of lethality and intent involved, which can result in appropriate charges for more dangerous perpetrators.

View the Police Bureau's response to our report

View the response to the report from Portland Police Chief Chuck Lovell.

The objective of this review was to compare Portland Police Bureau’s policies, practices, and training on domestic violence response to best practices and identify areas in which the Bureau may improve in meeting the needs of the Portland community.

We developed and shared a community survey with domestic violence service providers and survivors. The survey consisted mostly of open-ended questions. Participation was not mandatory, and respondents could choose to leave questions blank. Twenty-five community members shared their feedback about the Portland Police Bureau’s response to domestic violence. The recommendations were informed by the survey responses, a review of national best practices, and interviews with Bureau employees, community partners, and experts in the field of domestic violence response. Among the partners were employees at the Multnomah County District Attorney’s Office, members of the Domestic Violence Enhanced Response Team, and Volunteers of America.