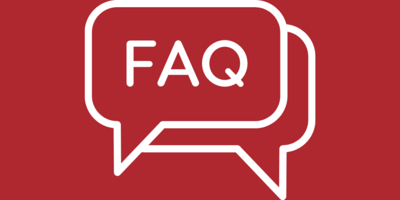 The Independent Police Review Division (IPR), a branch of the City Auditor's office is an independent, civilian oversight agency tasked by Portland City Council to investigate and monitor allegations of misconduct by sworn members of the Portland Police Bureau (PPB). IPR serves as Portland's intake point for community complaints about PPB officers.

How long has IPR been around?

What is the CRC?

What happens after I file a complaint?

After a community member files a complaint, the IPR will assign the case to a complaint investigator for an initial investigation. The investigator will interview the complainant(s), all available civilian witnesses, gather police reports, dispatch records, and video or audio recordings of the incident. The IPR Director will then choose to have the complaint handled in one of the ways listed below:

Complaints into the following six types:

Force: An allegation that an officer used excessive or inappropriate physical or deadly physical force.

Control Techniques: An allegation that a "control technique" was used unreasonably or improperly. This would include control holds, hobble, "take downs," and handcuffing.

Conduct: An allegation that tends to bring reproach or discredit upon the Police Bureau or City of Portland. It involves behavior by a Bureau member that is unprofessional, unjustified, beyond the scope of their authority, or unsatisfactory work performance.

Disparate Treatment: Allegations of specific actions or statements that indicate inappropriate treatment of an individual that is different from the treatment of another because of race, sex, age, national origin, sexual orientation, economic status, political views, religious beliefs, or disability.

Courtesy: Allegations relating to rude or discourteous conduct, other than disparate treatment.

Procedure: Allegations that an administrative or procedural requirement was not met. This would normally include the failure of a police officer to follow general policies and procedures that relate to identification, report writing, notebook entries, and property/evidence handling.

Can I file a complaint about a non PPB officer?

No. IPR is only authorized to recieve complaints about the conduct of sworn Portland Police Bureau members. When IPR does recieve a complaint involving a non PPB officer we do forward the information to the appropriate agency.

What happens if my complaint is referred to Internal Affairs for an investigation?

If the IPR Director refers the complaint to Internal Affairs (IA), where they will conduct their own investigation. IPR is tasked by City Code to review and approve every IA investigations and finding by the involved officers commanding officer. Additionally, IPR will be responsible for communicating with the person who filed the complaint and keeping them informed about the status of their case.

What happens after the PPB investigation is complete?

After the investigation is complete, a report on the investigation will be forwarded to a PPB commanding officer, PPB managers, and the IPR for review. They will review the evidence and issue a finding on the complaint. There are two general findings:

NOT SUSTAINED: The finding will not be sustained if it is found that:

SUSTAINED: The finding will be sustained if:

Is IPR part of the Police Bureau?

Can I file a complaint if I witness police misconduct?

What happens if a complaint is not sustained?

After a full investigation is completed and findings are determined, the person who filed the complaint and the officer who was the subject of the complaint will receive a letter explaining the decision.  Either a community member (when an allegations is not sustained) or an officer (when an allegation is sustained) has the right to request an appeal to the Citizen Review Committee (CRC).  If no appeal is filed within 30 days, the case will be closed.

If a request for appeal is received, a Case File Review will be set to determine whether any additional investigation is need before before the appeal. Every appellant has the ability to request the assitance of an Appeal Process Advisor(APA) to help them with the appeal process. Outside volunteer groups, such as the National Lawyer's Guild are also available to provde assistance to community members.

Click here for an appeal form to print and mail

What happens if the complaint is sustained?

An officer against whom a complaint is sustained will have an opportunity to appeal the finding with the IPR.

How do I file a commendation?

Click here for a commendation form in English, Spanish, Russian, Chinese or Korean to print and mail.