Information
This appendix to our 2020 Annual Report summarizes case handling decisions and outcomes.

Print a PDF of the report and appendix

Portland’s police accountability system usually starts when a community member or Bureau employee allege officer misconduct. Various agencies and officials have specific duties during the process. Under the City Auditor, the Independent Police Review receives and investigates community complaints, recommends whether a violation occurred, and monitors the accountability process. The power to determine if a violation occurred and decide officer discipline is held by the Police Bureau and Police Commissioner, a role usually filled by the Mayor. Officers can have their cases heard by an arbitrator after the case is completed if they disagree with the outcome. 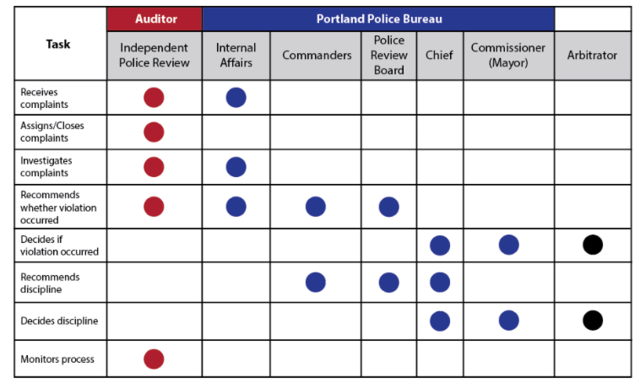 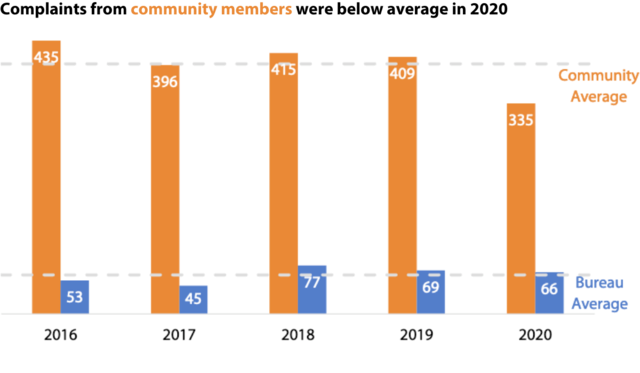 The 335 complaints filed by community members resulted in 707 allegations of misconduct. Allegations are categorized by type and the specific policy violated. There were 222 allegations related to use of force in 2020, almost double the 112 from 2019. 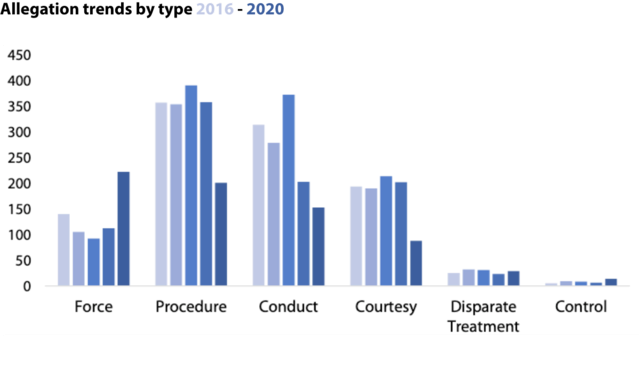 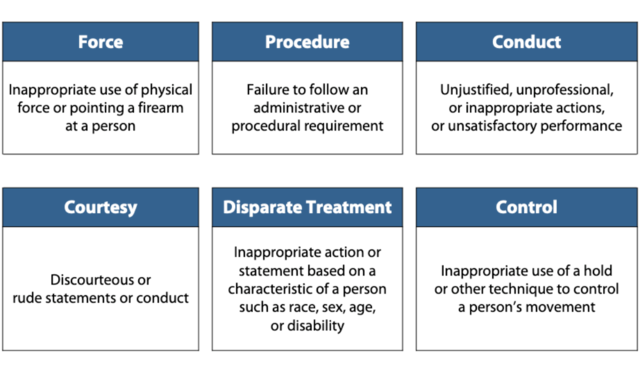 When IPR investigators receive a misconduct complaint, they conduct an initial intake investigation to collect evidence and reports related to the allegations to determine what should happen next. Investigators attempt to identify involved officers and understand what policies may have been violated. IPR uses this information to decide whether to refer the case to Internal Affairs, conduct its own investigation, or administratively close the case. 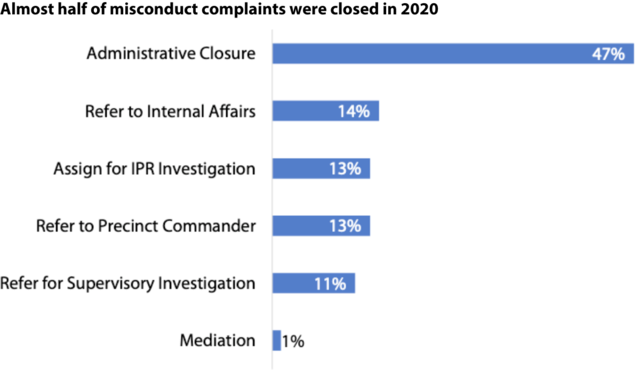 IPR administratively closed 47 percent of complaints in 2020, an increase from 2019 but below the five-year average of 52 percent. 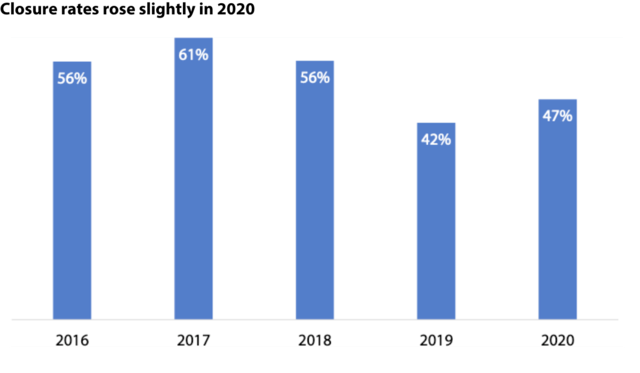 There are eight reasons in City Code that outline when a complaint can be closed after an intake assessment. Most complaints in 2020 were closed because the allegations, even if proven true, would not violate Bureau policy. 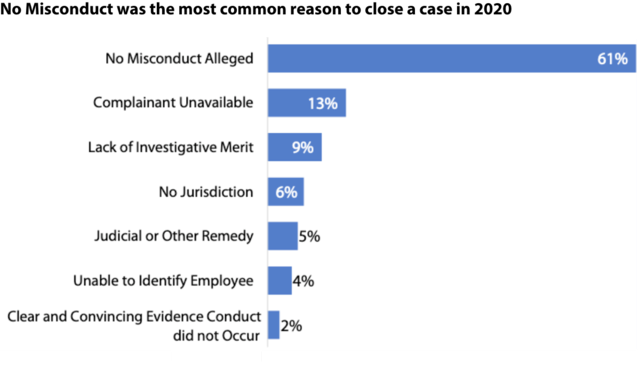 IPR and Internal Affairs completed 91 investigations into community member complaints in 2020, 12 more than 2019. Those investigations involved 221 allegations, 5 percent of which were sustained (10). 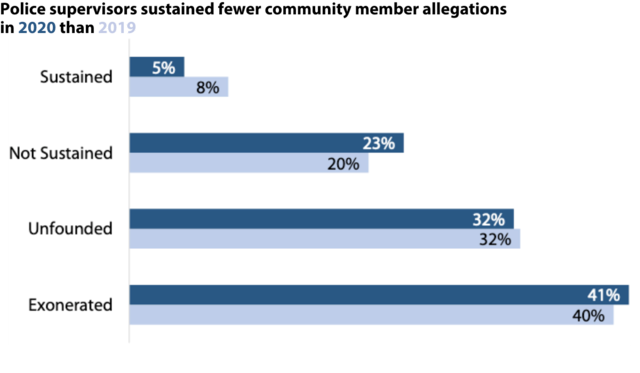 IPR and Internal Affairs completed 42 investigations into Bureau member complaints filed in 2020, 24 fewer than in 2019. They contained 80 allegations, 44% of which were sustained (35). 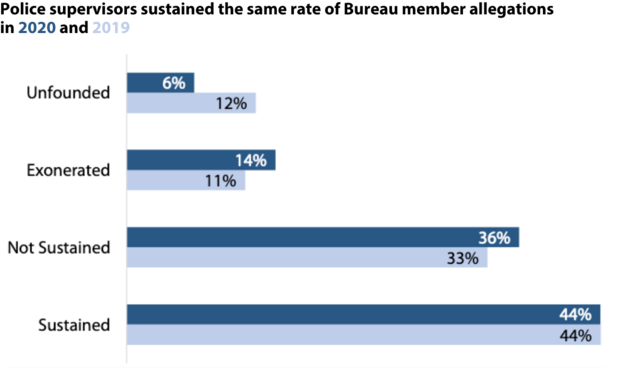 Discipline for a sustained allegation falls within a range. The mildest discipline an officer can receive is command counseling or a letter of reprimand. More serious forms of discipline are demotion, suspension from work without pay, or termination of employment. Some officers also resign or retire while an investigation is pending.

Twenty officers were disciplined in 2020 and three resigned or retired before discipline was decided. Most officers received command counseling for allegations brought by community members and Bureau members. 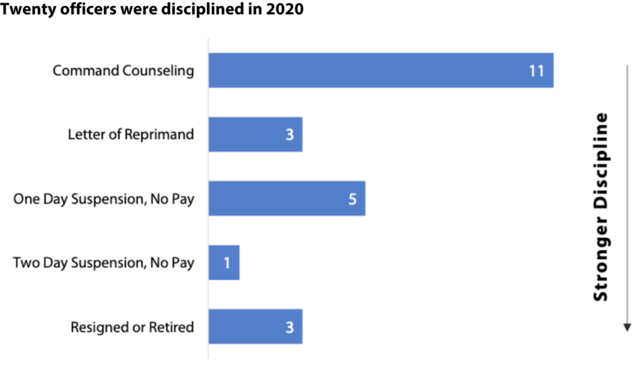