The History of Portland Street Response

News Article
From an idea, to an advocacy campaign, to a single team in Lents, to citywide expansion, this is the story of Portland Street Response - our newest unarmed 911 response within Portland Fire & Rescue which "assists people experiencing non-life-threatening mental health and behavioral health issues."
Published
March 24, 2022 12:31 pm

Shortly after being elected to the Portland City Council, Commissioner Hardesty got to work exploring her campaign idea to develop an unarmed, alternative first response option to ensure we are sending the right first responders to the right 911 call.  Our first response system hadn't seen a major update in over 100 years and needed a more effective, compassionate response for those experiencing a mental or behavioral health crisis. 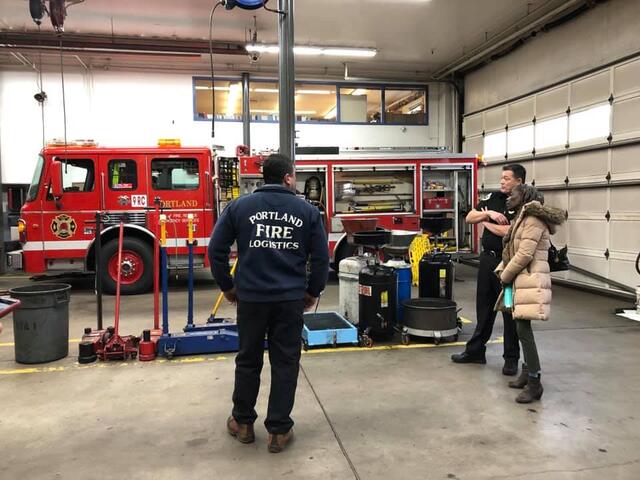 Commissioner Hardesty was assigned Portland Fire & Rescue, where as Fire Commissioner she learned about innovative programs within the bureau that were already trying to address some of the unmet needs within our first response system. This led her to believe Portland Fire & Rescue was the best place for this new first response option to be housed under. 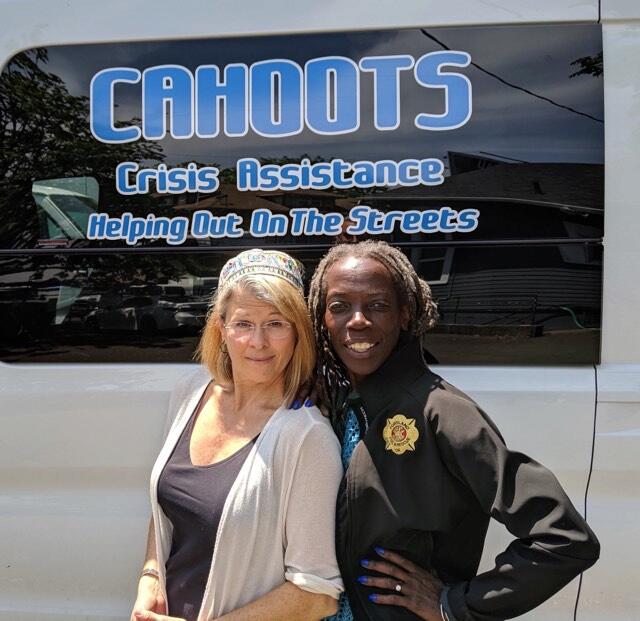 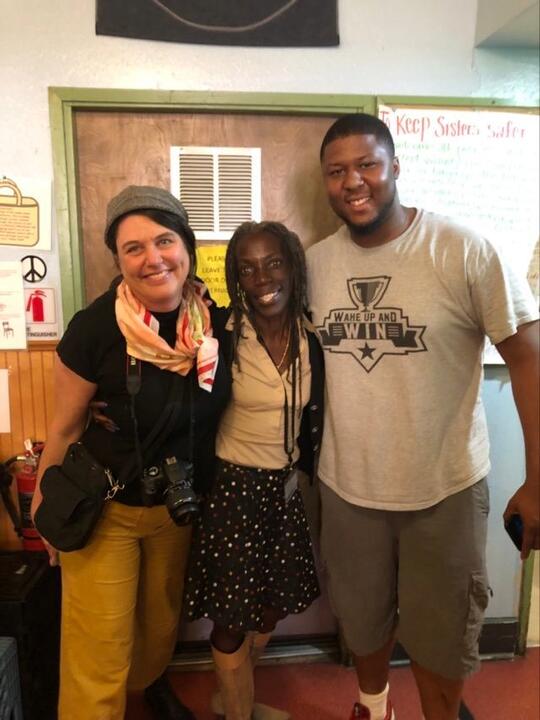 Commissioner Hardesty endorsed the Street Roots campaign and along with Portland Fire & Rescue, began working with Street Roots and additional community partners to build off the idea. 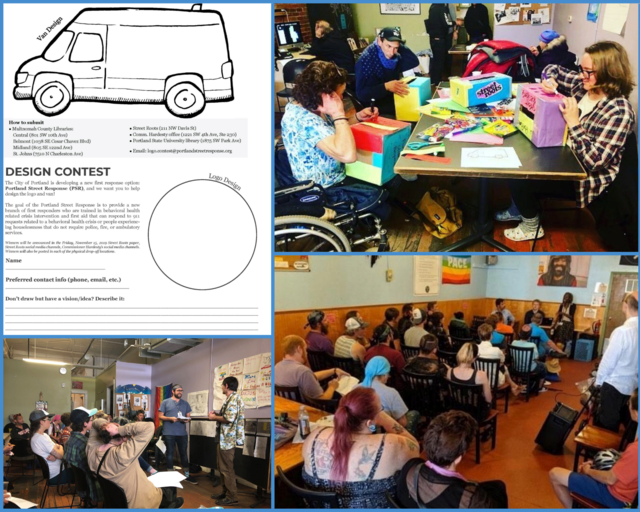 Commissioner Hardesty was provided an opportunity to do a Ted Talk about the concept and development of Portland Street Response.

After receiving initial pilot funding, getting Portland Street Response started ran into a delay when the City of Portland implemented a hiring freeze due to the uncertain economic forecast at the onset of the COVID-19 pandemic. Yet when the time came, PSR found a flood of applicants that were excited to join the team. The Portland Street Response model sets a new standard of pay and benefits for this traditionally undervalued social service work in a field of work made up predominantly of women.

By February of 2021, Portland Street Response was ready to launch.

The first Portland Street Response team set out on their first shift at 10 am on February 16th, 2021. The team started taking calls dispatched from 911 to offer an unarmed response for people suffering mental and behavioral health challenges.

For the first two months of the pilot, the team responded to calls solely in the Lents neighborhood from Monday through Friday 10 a.m. to 6 p.m. This first shift was composed of a firefighter paramedic, a licensed clinical social worker and two community health workers.

By this time, we had enough information and experience to know that we could increase the scope of the program and we expanded our boundaries to serve more areas. The pilot began using the boundaries in the Lents neighborhood serviced by Portland Fire & Rescue (PF&R) Fire Station 11 and on April 1, 2021, the team began responding within eight Portland Police Bureau (PPB) districts in the greater Lents area.

On April 1, the PSR team also started responding to additional call types: for a person either outside or inside of a publicly accessible space such as a business, store, public lobby, etc. Prior to April 1, the team only responded to calls for a person outside. The team still does not currently respond within private residences.

Additionally, the team also started co-responding with PF&R on certain public burning calls (such as outside warming and cooking fires) to offer wrap-around service assistance.

Portland State University, the outside evaluator hired by the City to determine if PSR is meeting its goals, released its six-month report and presented the results to City Council.

Dr. Greg Townley, director of research at PSU’s Homelessness Research & Action Collaborative and the lead evaluator, reported that the investigators believe Portland Street Response is well on its way to becoming a citywide solution to responding to 911 and non-emergency calls involving unhoused people and people experiencing a mental health crisis.

Key findings included:
● A 4.6% reduction in total calls traditionally responded to by police.
● A 22.5% reduction in police response on non-emergency welfare checks as well as dispatches coded as “unwanted persons” and “suspicious persons” calls.
● A 11.6% reduction in fire department activity on behavioral health calls and illegal burn calls.
● Clients rated PSR 5 on a scale of 1-5 with 5 being the best.

PSR embarked on its next expansion with the launch of its night shift, which added increased coverage hours of 6 pm – 2:30 am Thursday through Sunday and additional team members including a Firefighter/EMT, a Mental Health Crisis Responder, and two Peer Support Specialists.

Both shifts started responding in a new expanded boundary that corresponds to Portland Police Bureau’s East Precinct, increasing the boundary from 13 square miles to 36 square miles.

In November, Portland City Council voted to release $2 million in funding to PSR as part of the Fall Budget Monitoring Process, or Fall BMP.

Portland Street Response expanded citywide on Monday, March 28th and is now a response option for 911 calls every day of the week in every part of Portland between the hours of 10am - 8pm. A press conference was held at Fire Station 1 in Old Town to commemorate the occasion and inform the public about this expanded service area and new hours.

This April of 2022, Portland State University will put out a one year evaluation of PSR and we will take the recommendations in the report into consideration as we build the next phase of the program.

While we are not ready to go 24/7 Citywide in March, we hope to get funding in the annual budget to establish a 24/7 response program in all neighborhoods in Portland. 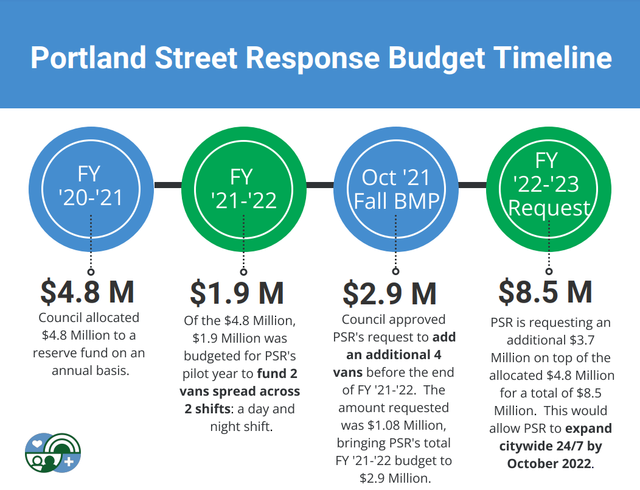 To Portland, I thank you for all of your support this year as we moved through our pilot. We look forward to serving even more corners of the community as we move into our year two.

We’d like to thank the community for welcoming us and supporting us as we introduced a new first responder system to the City of Portland.