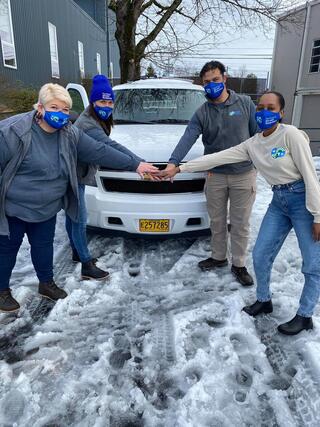 As City Council prepares to vote on the Mayor’s Proposed Budget this week, a citywide expansion of Portland Street Response hangs in the balance. The City has two choices: it can either run a pilot for twelve months and…stop. Then, after further analysis, City Council could decide how and if it wants to roll out citywide – delaying citywide expansion until 2023/2024.

Or, the City of Portland can run a twelve-month pilot and simultaneously adapt and ready the program for citywide launch beginning March 2022 as has been slowly, methodically, and smartly planned all along.

Portland Street Response began working on developing a citywide model in 2019, with a process that included deep community engagement and unanimous support from my council colleagues.  So, what’s changed?  Based on the program’s smart and methodical rollout, we had a good idea of what the expanded program might cost. When my council colleagues were told that the projected budget to fully fund Portland Street Response citywide was $14.5 million, discussions about slowing down and outsourcing the program began.

Let’s put that $14.5 million into perspective: the adopted budgets for Police and Fire in Fiscal Year 2020-2021 totaled $392.8 million. Portland Street Response is a fraction of that. In addition, federal and state funding sources exist to help offset the cost of Portland Street Response, so once we’re up and running, the total impact to the General Fund will be minimal.

The discussion to outsource Portland Street Response is part of a nationwide issue of devaluing and underpaying mental health providers. Since 2019, I have held strong that I want to keep this program internal to the City for three reasons: 1. To institutionalize Portland Street Response so it can’t disappear on a political whim.  2. To create living wage positions with solid benefits. 3. To ensure that the jobs would be stable so turnover would be minimal (which is often tied to pay) – leading to better outcomes for all involved.

Mayor Wheeler, Commissioner Mapps and Commissioner Ryan are correct: we do want to get this right. We have a lot to prove to Portlanders and we want to stay true to the City’s stated values of Anti-Racism, Equity, Transparency, Communication, Collaboration, and Fiscal Responsibility. And we want to stand by those values when investing in its workforce. The public safety industry is largely white and male dominated. We want to ensure that we’re also addressing pay equity as we build a racially and gender diverse first responder program. Outsourcing this program will create a second-class citizenry for this new and diverse arm of the first response system.

In addition to the three most important reasons we need this funding now (ensuring a timely citywide launch in March 2022, pay equity, and livable wages), there are other reasons to stay the course and keep Portland Street Response embedded within Portland Fire & Rescue. Staying within Portland Fire & Rescue gives us the flexibility to consider responding to higher acuity calls traditionally responded to by Police and Fire with lights and sirens.  Additionally, Portland Fire & Rescue already has a built-out infrastructure and protocols for medical related calls that we can utilize.  We’re also able to share resources and reduce overhead.

The PSR team meets every other week with close to fifty cities across the US and Canada who are all building alternative mobile crisis teams. About 99% of the other cities at that meeting are focused on solely reforming police response to mental health calls. But from where I sit as the Fire commissioner, I see an opportunity for Portland Street Response to impact the larger public safety system. Generational poverty, chronic health, undiagnosed and untreated mental health, substance use addiction, homelessness – these are public health issues that both Police and Fire come across every day.  Portland Street Response has an insider vantage point to the first responder system that is invaluable.  Let’s chart a new and better way. And most importantly, during a time of emergency when it comes to mental health crises on our streets: a faster way.

I feel incredibly proud and fortunate to be helping to lead this program and initiative.  I have invested the past two years into this pilot and developing a methodical citywide launch. I believe in this program and this team. Every commissioner has said to me at one point in time that they support this program. I hope they support it enough to vote to move forward with the expansion as planned. Our community is counting on it.