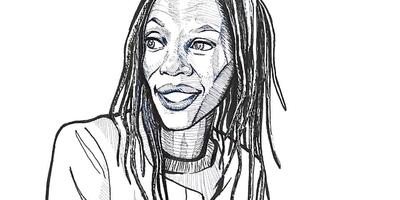 R. Lyne Martin-Modica brings with her many years of government experience. Lyne has worked for former County Chair Gladys McCoy, Beverly Stein and County Commissioner’s Maria Rojo de Steffey and Dan Saltzman. Lyne's daily task will be keeping Commissioner Hardesty on time and on schedule and plans to do so with ease, confidence and a sense of humor.

Lyne enjoys reading, traveling and cooking for family and friends.

Kristin has worked for the City of Portland for 10 years, with 8.5 years of progressive financial analyst experience. She has prior experience as a data analyst for the Philadelphia SchoolStat project, and served as an intern for Senator Bernie Sanders and the City Manager of Philadelphia, working on performance management. Kristin has a Master of Governmental Administration from the Fels Institute of Government at the University of Pennsylvania, and a BA in Political Science from Trinity University, Washington DC.

Kristin looks forward to using the knowledge she has gained in the Office of Management and Finance to continue to be a good steward of the public’s money in Commissioner Hardesty’s Office. Kristin originally hails from Vermont and loves ice hockey and singing terrible karaoke.

Before working for Commissioner Hardesty Derek spent many years working in the Oregon State Legislature. After traveling extensively he went to Lewis & Clark Law School. After graduating he clerked for Multnomah County Circuit Judge Karin Immergut. He is passionate about evidence based policy making and is always excited to have conversations with a wide variety of stakeholders on any given issue.

Andre Miller is a Community Activist and father of 4. Born and raised in Portland, Oregon, he is the son of a social worker and a correctional officer.

Andre looks to bring his community organizing, outreach, and advocacy experience to Team Hardesty by building upon relationships and trust he has developed with the community.

His lifelong experiences have helped him define himself as someone who can help bridge the gap between community members who have been historically excluded from City processes and policies and the public sector that is meant to serve them.

In his spare time Andre is volunteering in the community or spending time with his family.

Send all media inquiries to: HardestyMedia@portlandoregon.gov

Matt McNally serves as the Commissioner’s Communication Strategist after spending the first two years of her term as Community Outreach Coordinator.

Matt is an experienced progressive organizer, researcher, and communicator who joins the Commissioner’s staff after serving as the Field Director for Jo Ann Hardesty’s historic campaign for Portland City Council. After becoming a first-generation graduate of Clark University in Worcester, MA (Bachelor of Arts in Political Science), he served as legislative intern at Planned Parenthood Advocates of Oregon. Matt’s work experience includes political research, working across the county on the Bernie 2016 Presidential campaign, and statewide organizing with the Oregon AFL-CIO.

When not reading the news or scrolling through social media, Matt is usually listening to music from home, attending a concert, hiking Oregon’s beautiful landscape, or cheering on the Portland Timbers.