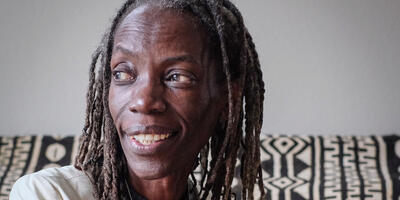 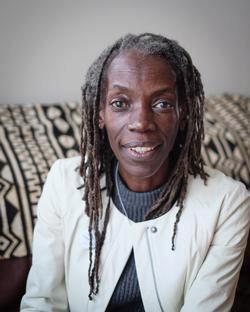 I grew up in Baltimore as one of ten children; my father was a longshoreman and my mother stayed at home with us. I was a pretty nerdy kid. By the time I graduated high school I had read pretty much anything that I wanted to read in our library. I always wanted to learn more and see more. So right out of high school, I joined the Navy, and I loved it. I was stationed in the Philippines, working in the personnel office, and then had the opportunity to be on board ship. In fact, I was one of the first women to go on board ships. I went to so many different places, from Hong Kong to Kenya and everywhere in between. That time really informed my opinion that most people are naturally good people. No matter where in the world I went I would find people who were very good, very helpful, especially to a young woman who thought she knew everything.

After the Navy, I spent a few years in the Bay Area but decided ultimately that I wanted to find somewhere else to settle down as my permanent home. I finally decided on Oregon because it had things I was looking for— the ability to be close to the water and mountains, and a place where I felt like I could really make a difference. I was fortunate that my first job in Oregon was with the Black United Fund. That gave me an opportunity to travel all over the state meeting with little nonprofits who were doing wonderful work. I found a can-do spirit. There were so many people that I worked with who didn’t necessarily have formal training but they saw an ill that was taking place or something that needed to be changed, and they were willing to come together and improve it. That job made me feel like it was a place where I could be with people who were committed to making it better, not just for their family but for everybody’s family.

Later I was able to work for Bev Stein, who was a County Commissioner in Multnomah County. Before Bev, I did not like politicians. I was so fortunate to work for an elected official like her because she was true and consistent to what she said she would do. No matter what part of town she was in or who she was talking to, she cared deeply about what they had to say. She is still the only person that I know who when they bring a group of people together, they’re intentionally of diverse backgrounds and experiences because she wants to hear from everyone. From her, I learned that elected officials didn’t have to know everything. They just had to listen to good people who were interested in making the city better for EVERYONE and use that to make public policy. Working for Bev was directly related to why I ran and served in the Oregon legislature and why I wanted to be a member of the Portland City Council.

The day that I decided to run for City Council was a day that many will remember: it was the day that the police contract was renegotiated. I testified at the hearing but was very aware that outside of City Hall–we were surrounded by law enforcement from nearly every branch possible keeping the voices of so many Portlanders outside. I started thinking that the wrong people were in City Hall if the new normal was completely removing discourse other than what the council wanted to hear. I’ve been an advocate for years now and have felt so many times Iike I’m just banging my head against the doors of City Hall, hoping that somehow things will change. I’m running because I want every Portlander to feel like they can be heard at City Hall. We need to take into account voices from every walk of life. We need to find commonality. There’s an opportunity to not be divided by where one lives in the city, by economics, gender, race, sexual orientation or any other way that we can find division, but to be one Portland. That time is now.