Letter to the Community: Local, State Leaders Stand in Solidarity with Community and Business Leaders Against Hate and Violence 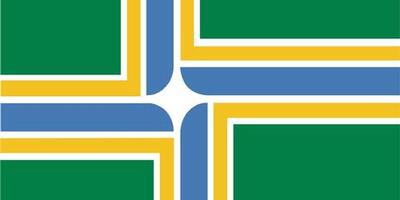 “As the united leadership of the city of Portland and state of Oregon, we publicly oppose the far-right gathering scheduled to take place in North Portland this Saturday. The event poses a physical danger to Portland residents, as clearly shown by the organizers’ long track record of assaults, confrontations, and threats against elected officials and the citizenry of Portland. This summer, Proud Boys associates fired shots and brandished guns at protesters, beat people in broad daylight, and attacked passersby. The violent nature of the Proud Boys’ rhetoric in the buildup to September 26, and recent reporting which indicates that allied groups are developing detailed plans to target press and legal observers at upcoming events, provide additional cause for concern.

For the past three years, our community has repeatedly had to deal with rallies of this kind, in which participants travel to our city threatening “takeovers,” touting their “combat unit” capacity, and openly bragging about the waste of City resources that they can provoke by showing up to bring violence to our downtown core and our neighborhoods.

Oregon law prohibits paramilitary activity. Organizers of and likely participants in the September 26 event have openly discussed tactical operations and military-style formations that lead us to believe that they are operating as an unauthorized private militia. Many of them are crossing state lines in an attempt to cause chaos and disrupt the peace. One regular at far-right rallies wrote this week on social media, “We have a unit large enough now that we have specialized teams inside our unit. Combat and support.” Another wrote last month, “Like we do in other states, tactical ambushes at night while backing up the police are key.”

We clearly state, once again, that law enforcement do not want or need any help from paramilitaries or vigilante groups. Any claims by paramilitary groups that they are helping state, county, or local law enforcement are false and dangerous, intended only to suggest that their unlawful activities are legitimate. We will pursue all available legal options to respond to this unlawful activity in partnership with Oregon’s state government.

This paramilitary and alt-right activity is a challenge to Portland’s inclusive and democratic values. They use threats, intimidation, and even violence to chill democratic practice, threaten community safety, and undermine civil society. But we won’t be intimidated. Portland has a long and proud history of opposing far-right organizing and standing up for Black lives in the Rose City, and Saturday will be no different. We are unified and strong, and we will use every available power and resource of our city government to protect free speech and our community from violence.

Portland residents and businesses are doing their best to deal with this situation in ways that display our city’s creativity and unity in the face of alt-right and paramilitary groups’ intentional provocations. We stand with the Portland community and North Portland residents who are working hard to respond to this latest rally with peaceful actions.”