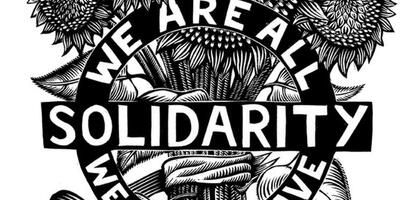 This week I have had many hopeful conversations with my colleagues and community advocates about a range of possible responses to the national uprising over police brutality against the Black community. These conversations are long overdue, and I want to emphasize the important role that protests in Portland and across the country have played. We wouldn’t be considering any of this without your voices, because we’ve never had a critical mass of people in power who were willing to take action. That is no longer the case.

After years of investing in police reform, despite our best intentions, we are still getting the same results in cities across the country. It’s absolutely unacceptable. It’s time for a different approach. We need to reallocate resources to efforts that benefit communities, address the root causes of our social ills, and minimize police interactions with community members. On Wednesday, I made a spontaneous statement from the dais about police violence against protesters and called for a ban on the use of tear gas. Yesterday the Mayor announced that he is disbanding the School Resource Officer specialty unit.

Today I want to share a list of my priorities, some being advanced by Commissioner Hardesty, some inspired by actions taken by cities around the country, some that were crafted by my office and bureau staff, and some that were created in collaboration with community advocates.

1. Declare racism to be a public health and safety emergency.

5. Cut longstanding vacant positions from the Portland Police Bureau and use cost savings to invest in the most impacted communities as directed by the oversight committee.

6. Ensure that the PPB Equity and Inclusion Office is fully funded to advance the work of the Five Year Racial Equity Plan and requirements of the DOJ Settlement, including equity focused training for leadership and staff, data analysis, and community engagement.

7. Cut ongoing Cannabis Tax dollars to PPB and invest those funds in restorative justice, public safety, economic development, and addiction recovery initiatives that benefit BIPOC communities most impacted by our drug laws and the overpolicing of communities of color.**

10. Continue the work initiated by PBOT in response to the issues identified by Walking While Black focus groups in recognition that Black Portlanders experience public space and public safety differently. Require that all City bureaus establish programming and initiatives focused on protecting Black lives and supporting the resiliency of the Black community of Portland.

My office is currently responding to the more that TEN THOUSAND emails we’ve received supporting disbanding specialty units. We are with you, but don’t let up the pressure. I have been so inspired by the protests in Portland and around the country. I want to thank every one of you who have put their time, energy, creativity and bodies on the line for justice. I know what it’s like to fight and fight and feel like it doesn’t make a difference. I know how demoralizing incremental change is to people who urgently need relief. This moment feels different. It feels like a sea change. I’m determined to fight with you to ensure that we make the most of this moment to create a more just society for all. I love you, Portland. Be safe out there. Keep loving. Keep Fighting.

* Note: I supported disbanding the Transit Police Unit as proposed by Commissioner Hardesty during the budget process, because I knew there are viable alternatives. I also supported disbanding the GVRT and the SRO program, but wanted to ensure that those units would not replaced with practices that would be equally or more harmful. Because there were not three votes to disband these units, Commissioner Hardesty made an agreement with the Mayor to consider the ongoing use of these specialty units in preparation for next year’s budget.