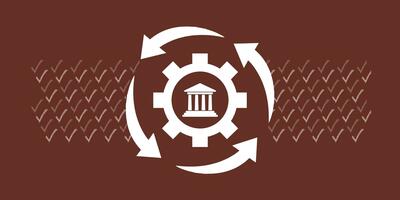 On this page, you will find an overview of the process and regulations for recalling an elected City official.
On this page

NOTE: Due to sensitive timelines, level of necessary coordination, and changes to office procedures in light of the pandemic, please notify the City Elections Office of intentions to pursue a recall petition and to make arrangements to submit recall paperwork by appointment.

Step 1: ​​​​​​Check Whether the Elected City Official is Eligible for Recall

Article II, Section 18 of the Oregon Constitution provides that “every public officer in Oregon is subject, as herein provided, to recall by the electors of the state or of the electoral district from which the public officer is elected.” Prospective petitioners interested in the recall process should keep the following information in mind:

Step 2: File a Prospective Petition for a Recall

Review the Secretary of State's Recall Manual before proceeding with filing a recall petition with the City Elections Office. After reviewing the manual, submit the following forms:

To the City Elections Office:

To the Oregon Secretary of State's Elections Division:

Forms submitted to the City Elections Office will be processed within three business days after all required forms are received.

NOTE: The City Elections Office must approve signature sheets before signatures can be gathered.

Required Number of Signatures (for recall elections through November 2022):  47,788

The required number of signatures is based on 15 percent of the total number of registered Portland voters who cast ballots in the last gubernatorial election (ORS 249.870). Based on the most recent governor's election on November 6, 2018, this number is currently 47,788.

Once petitioners submit completed signature sheets to the City Elections Office, the City Elections Office coordinates with the County to verify that sufficient valid signatures have been collected to hold a recall election. Signature verification is completed within 10 days after the petitioners submit the signature sheets or within 100 days of the prospective petition filing date, whichever occurs first.

For petitions with enough valid signatures submitted: The City Elections Officer immediately notifies the elected City official, and the process moves to Step 5.

If the deadline to submit signatures has passed, the petition is void.

If the elected City official does not resign, the City will hold a recall election no later than 35 days after the end of the five-day resignation period.

For a recall election, the ballot will include the following information:

The County will deliver an abstract of the voting results to the City Elections Office within 20 days. If the abstract reflects that the majority of voters voted to recall the elected City official, the position immediately becomes vacant.

Step 8: Replacement of a Recalled Official

1221 SW Fourth Avenue
Room 130
Portland, OR 97204
Please email elections@portlandoregon.gov or call (503) 865-6503 to schedule an in-person appointment. Office Hours: Monday through Friday 9 a.m. to 5 p.m.
Get Directions
More about this location