City Elections Office: About Us 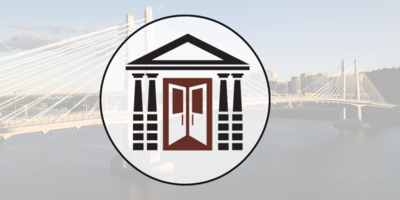 Mary Hull Caballero is the elected Auditor for the City of Portland, taking office in January 2015. Mary was re-elected in 2018, and began her second term in January 2019. She previously worked as a performance auditor at Metro Regional Government in Portland and the Oregon Department of Transportation. Prior to entering the auditing field, Mary co-founded and managed a public policy leadership development organization and was a newspaper reporter. She holds a Master's Degree in Public Policy and Management from Carnegie Mellon University. She received her undergraduate degree in communication from Lewis and Clark College. Mary is a Certified Internal Auditor and a Certified Government Auditing Professional. Find out more about the City Auditor and Auditor's Office programs.

Becky Lamboley-Haese joined the City Auditor’s Office in 2021 and came to the Office from Portland Fire & Rescue where she served as their first ever Equity Manager from 2018-2021. Prior to coming to the City of Portland, Becky spent 13 years working in Higher Education where she led a variety of departments, programs, and teams. Overall, her experience includes working with the legislative body and elected officials, investigations and HR practices, budget and grant work, and leading complex teams and projects (including Civil Rights compliance, mental health, substance abuse prevention, and equity and social justice).

Becky has a Master’s Degree in Educational Leadership, and two Bachelor’s degrees in Women’s Studies and American Sign Language Studies. As the Programs and Operations Supervisor, Becky oversees the City Clerk, Elections and Lobbying, and Contracts and Grants teams and supports the overall functions of the Operations Management Division.

Louise holds a Juris Doctorate from Lewis & Clark Law School and a Bachelor of Arts in Environmental Studies with an Emphasis in Environmental and Social Justice from the University of California - Santa Cruz. After law school, Louise remained active in the Oregon legal community by serving as Co-Secretary of the Oregon Women Lawyers Clackamas Chapter and most recently as Co-Chair of the Oregon Minority Lawyers Association.

Cody Sibley joined the City Auditor’s Office as the Elections Coordinator in January 2020. He provides program support to the City Elections Officer in campaign finance, administration of elections, and the lobbyist and political consultant disclosure regulations. Prior to joining the City of Portland, Cody served as the Administrative Rules Coordinator for the Oregon Department of Education. Cody holds a Master of Public Policy from Oregon State University and a Bachelor of Arts in Mass Communication with a Concentration in Political Communication from Louisiana State University. In his free time, Cody enjoys summer hikes, trips to the coast, and trying the craft beer available in Portland.