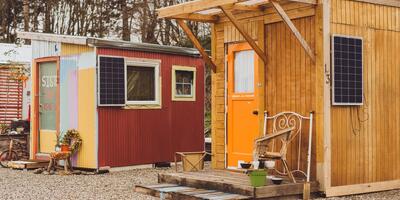 The S2HC project was initiated as part of City Council's Housing Emergency Declaration in 2015. The code changes remove barriers that slow down the City-County effort to open more homeless shelters. The package also includes changes that expand housing choice and facilitate the production of affordable housing projects.

Before voting, Commissioner Dan Ryan, who oversees the Housing Bureau, said, “We are at an inflection point with an unprecedented emergency on our streets as the number of chronic houseless people has grown at an alarming rate. Our current response is inadequate and our work to provide shelters has been hampered by restrictive zoning codes.”

The S2HC package has four elements to address the issue:

How we got here

Council considered the S2HC package over the course of five meetings and held a public hearing on March 17. Commissioners discussed the proposals and testimony on March 24 and considered amendments on March 31. A supplemental hearing occurred on April 14 to consider shelters on institutional sites in single-dwelling zones and discuss residential occupancy of RVs and tiny houses on wheels.

Advocates of tiny houses on wheels testified in support of the package but asked for a relaxation of sewer connection requirements. Council did not make changes to that aspect of the package but did ask bureaus to work on making the permitting process as simple as possible.

Council made several significant changes to the Planning and Sustainability Commission recommendation, including:

Casting the last of the five aye votes, Mayor Ted Wheeler noted that it wasn’t feasible or reasonable to perpetually rely on emergency powers to deal with the homeless crisis. He also reflected what he heard from people with lived experience.

“People want to stay in their community where they feel connected … and traditional congregate shelters don’t necessarily work for everybody,” he stated. “So, we’re codifying these changes in City Charter with this new use type, Outdoor Shelter.”

He then thanked the Planning and Sustainability Commission who “helped set the stage for these proposals.”

The shelter-related elements of the package go into effect immediately. The group living and RV/tiny house on wheels elements will take effect on Aug. 1, 2021.

City of Portland Bureau of Planning and Sustainability
eden.dabbs@portlandoregon.gov
503-871-4326