To find information not yet moved, visit the Environmental Services pages on portlandoregon.gov. BES employees may also visit the BES Employee Site.

Jan. 10 Update: Last week’s overflow was 9.5 hours, beginning around 3:15 a.m. Monday, January 3, and ending around 12:30 p.m. that day. Despite additional heavy rain during most of the rest of the week, no additional overflow occurred. Follow the Big Pipe Tracker to see current conditions.

Jan 5. Update: Monday’s overflow was short - but our advisory continues through Sunday, January 9, as a precaution since additional heavy rain is expected through the weekend. Follow the Big Pipe Tracker to see current levels of stormwater and wastewater that the system captures and sends to the treatment plant. When levels are below 100%, there is no overflow. 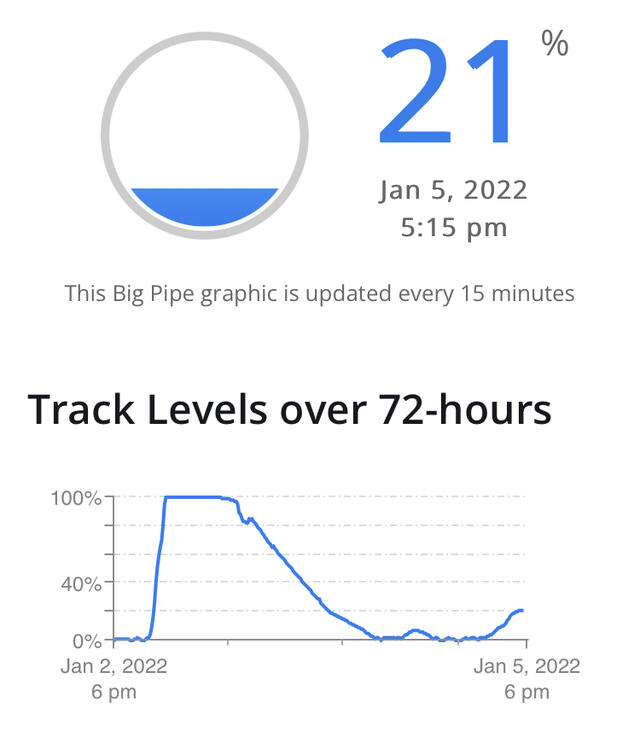 Heavy overnight rains led the Big Pipe system to reach capacity in containing combined stormwater and sewage. An overflow to the Willamette River began about 3:15 a.m, Monday and is ongoing. Additional heavy rain is forecasted for later this week. Therefore, this advisory is being extended through Sunday, January 9. Avoid contact with river water downstream of the Ross Island Bridge.

During an overflow, and for 48 hours afterward, the public is advised to avoid contact with the river because of increased bacteria in the water. During all other times, the river’s water quality is safe for recreation. 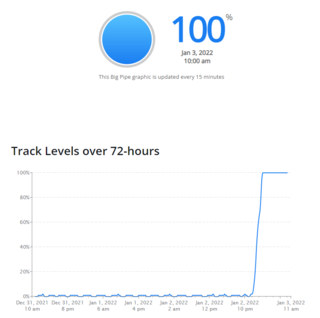 The public can see Big Pipe levels at the new online tracker: https://www.portland.gov/bes/bi….

A combined sewer overflow (CSO) is about 80 percent stormwater and 20 percent sewage.

CSOs are rare and can occur during periods of heavy rain or snowfall. This is the first overflow of 2022 and the third since November.

Since completing the Big Pipe project in 2011, the 20-year $1.4 billion program to reduce overflows, the number of CSOs have dropped by 94 percent to the Willamette River and 99 percent to the Columbia Slough.

Before the project, CSOs occurred to the Willamette River from multiple outfalls an average of 50 times a year, with some instances lasting days. Today, overflows occur an average of four times per winter season, and once every three summers.

The Big Pipe system refers to a series of improvements, from disconnecting downspouts on homes to allow rainwater to be absorbed naturally in the ground to the construction of big pipes on both sides of the river and along the slough to store and convey large quantities of flows to the Columbia Boulevard Wastewater Treatment Plant.

Find out more about the Big Pipe and CSOs at https://www.portland.gov/bes/ab…

The City of Portland Bureau of Environmental Services - your sewer and stormwater utility - provides Portland residents with programs to protect water quality and public health, including wastewater collection and treatment, sewer construction and maintenance, stormwater management, and stream and watershed restoration.