About the Big Pipe Project 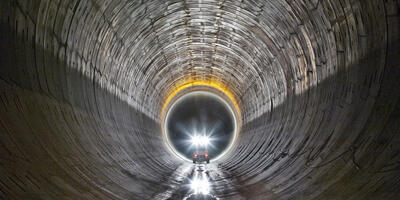 Spanning 20 years at a ratepayer investment of $1.4 billion, the Big Pipe Project has reduced combined sewer overflows to the Willamette River by 94 percent and to the Columbia Slough by 99 percent. With most overflows eliminated, the Willamette is cleaner than it’s been in decades.
On this page

The Big Pipe Project is shorthand for an ambitious set of actions and improvements that together eliminated most combined sewer overflows, or CSOs, to the Willamette River and Columbia Slough. Before the Big Pipes, it didn’t take much rain to cause an overflow—only about one-tenth of an inch.

Environmental Services explored several options for controlling combined sewer overflows (CSOs). The option that eliminated most, but not all overflows, was the most cost-effective way to protect our rivers while also recognizing the impact of sewer rates on our customers. 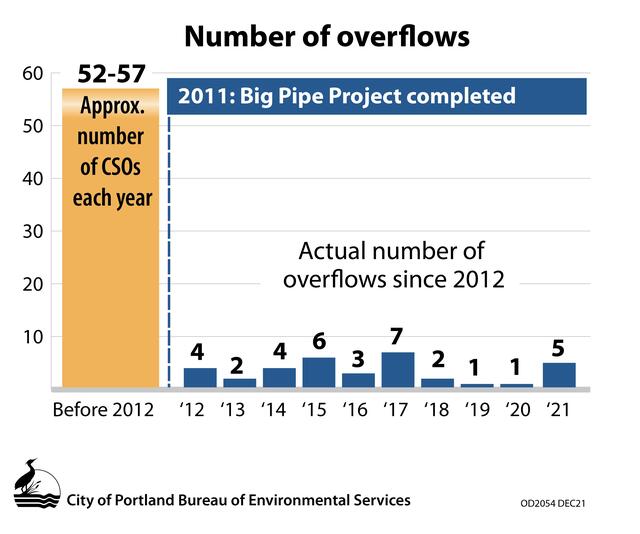 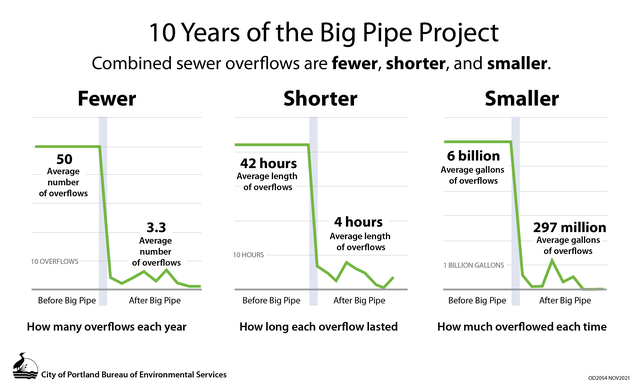 The East Side, West Side, and Columbia Slough Big Pipes are probably the most well-known parts of Portland’s program to control CSOs. The overall program, however, was made up of several projects and initiatives around Portland.

The largest of these initiatives was the Downspout Disconnection Program. The City partnered with residents of neighborhoods east of the Willamette River where soils and topography make it safe to disconnect roof drains from combined sewers and redirect the flow to yards or gardens. At the end of the program, more than 56,000 disconnections were keeping 1.2 billion gallons of stormwater per year out of combined sewers.

Environmental Services constructed a pipeline to carry clean stream water, including Tanner Creek, from Portland’s west hills directly to the Willamette River and remove that water from the combined sewer.

About 3,000 stormwater sumps and sedimentation manholes in combined sewer areas throughout north, east, and southeast Portland collect street runoff, trap sediment and pollutants, and allow water to soak into the ground.

The Second Big Pipe: West Side

The Third Big Pipe: East Side

The East Side and West Side tunnels meet at the Swan Island CSO Pump Station. As Portland’s largest pump station, it can pump up to 220 million gallons a day through the Peninsular Force Main to the treatment plant.

Green Infrastructure Works with Big Pipes to Protect the River 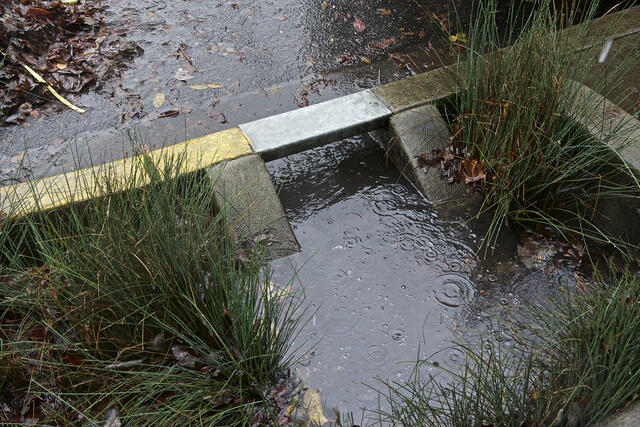 Portland is a leader when it comes to protecting our rivers. Around the country, more than 800 cities like us have combined sewers. Many of them are still designing or constructing systems to solve their CSO problems. In Portland, we've been enjoying our healthier river for a decade.

But, after such a big investment, some ratepayers may wonder why we still have any CSOs at all?

Stopping all CSOs would have cost at least twice the $1.4 billion that Portland sewer ratepayers invested in the project. This would have resulted in much higher sewer rates for decades and higher system maintenance and operation costs. For double the price tag, we would not have significantly improved river health.

Today, about a third of a ratepayer’s sewer bill goes to paying debt service on construction of the Big Pipes. Spreading the cost over decades means that everyone who benefits from and uses the new system—from past users to current residents to tomorrow's new residents—helps pay for it.