Get information about overlay zones.

To find the zoning on your property, view Find Zoning Regulations and Zoning Maps. 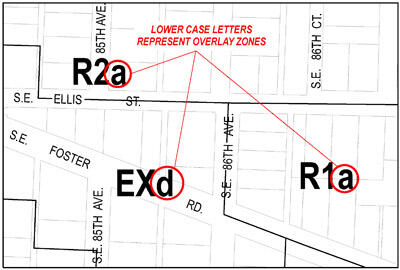 These overlay zones are shown on the official zoning maps with the following lower-case letters:

If your property has an overlay zone, you will need to review the regulations of that zone to see if your proposal is allowed or requires review.

Monday through Friday from 8 am - 5 pm. Leave a message with a phone number, the project address, and your questions.