Newsletter
Do you want to make an impact on development in Portland? Read about joining the Development Review Advisory Committee.
Published
April 9, 2018 1:57 pm
Updated
April 10, 2018 11:43 am
In this article 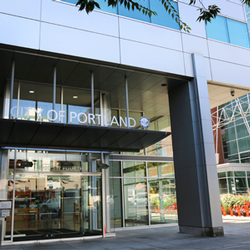 DRAC members heard updates and discussed a number of projects and topics, including:

The DRAC devoted much of its time to discussion of a BDS proposal regarding permit extensions, expirations, and renewals, and discussion regarding the Public Works permit appeals process.

BDS is accepting applications for DRAC membership for a handful of positions, including those representing:

For more information about the DRAC, including meeting agendas, minutes, and handouts, please visit the DRAC area. The DRAC meets the third Thursday of each month from 8 a.m. to 10 a.m. in Room 2500 B (2nd floor) of the 1900 Building. DRAC meetings are open to the public.

DRAC Happenings highlights the activities of the City’s Development Review Advisory Committee (DRAC).  The DRAC is the City’s primary advisory body regarding development review.  The DRAC’s members represent groups with interests in the outcome of policies, budgets, regulations, and procedures that affect development review processes.

The purpose of the DRAC is to foster a timely, predictable and accountable development review process that implements the City's goals for land use, transportation, housing, economic development, neighborhood livability and the environment.  The DRAC advocates for and supports consistent and fair application and implementation of regulations.