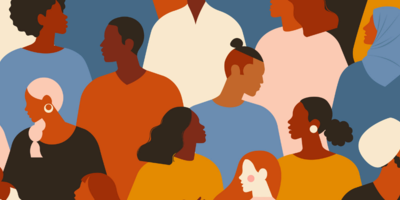 As part of providing open and accountable government, we promote and foster a culture of racial equity, diversity, and inclusion in our public services and everyday interactions.

The Auditor’s Office Racial Equity plan requires actions from each division, individually and as part of the whole, to look for ways to increase considerations of racial equity both internally and externally. The approach to selecting the goals began with a bureau-wide and division specific assessment (provided by the Office of Equity and Human Rights) of current operations and office culture. Assessment results were analyzed by the Diversity and Equity Committee and strengths in various categories were ranked; the lowest scored categories tie directly to plan goals. The categories with the highest scores were noted and added to the plan as examples of work already in progress or completed. The office’s Diversity and Equity Committee completed the plan with the guidance of office leadership.

Performance targets in some years may not be determined at the outset for every action. Rather, target benchmarks for these actions marked “TBD” will be set once scope and breadth of an action is better understood.

Application of actions across the office

The Auditor’s Office has a unique mix of oversight, accountability, and information functions. Some divisions are primarily inward facing – such as the Council Clerk/Contract’s office, which prepares and organizes Council meetings and agendas, reviews City contracts, and disburses payments. Other divisions are outward facing, such as the Auditor’s Independent Police Review, which conducts extensive outreach to under-represented community groups to fulfill its mission. Rather than focus solely on outward facing divisions or divisions more commonly known to the office, such as the performance audit function, each plan goal, objective, and action, apply to every division. Implementation of the actions may be more obvious in some divisions due to the nature of the work; however, every division will document its progress and efforts for each goal and objective.

About the Auditor's Office
Human Resources
Budget and Performance Measures