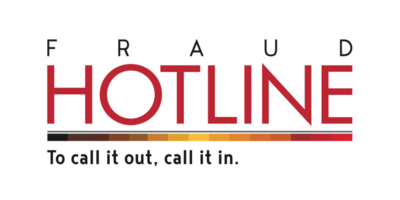 The Auditor’s Office Fraud Hotline provides City employees and members of the public a way to confidentially report suspected fraud, waste, and abuse of position by or against the City.
Published
May 27, 2021 9:00 am

In 2020 we received 71 tips and opened nine investigations.

17 were not related to the City

15 were complaints about police officers, which we passed to the Independent Police Review

11 were service complaints about the City and not related to fraud, waste, or abuse

9 were investigated but not substantiated

Of the tips that we declined:

5 were referred to a bureau for resolution

3 did not include enough information to investigate

1 was too old to investigate

If you think something is wrong in Portland City government, make sure we know it, too. The Fraud Hotline receives reports of suspected fraud, waste, or misuse of City resources by City employees, contractors, board members, or anyone representing the City. Anyone can file a report, and you can choose to be anonymous. We’ll investigate and report results back to you.

You have the right to report anonymously. Hotline reports go to an outside vendor to ensure security and confidentiality. If you wish to remain anonymous and not provide contact information, please note the Report Key that is provided when you’ve filled out the report form or completed a call to the hotline. We can use the vendor’s online portal to communicate and share documents without ever knowing your name or contact information.

The more details you can provide, the more effectively we can investigate.

Provide as much detail as possible:

Is an intentional deception which could result in a benefit for which a person or entity is not entitled. Examples include:

Involves the careless or extravagant expenditure of City funds or the misuse or mismanagement of City resources. Waste does not have to involve a private use or personal gain and can be intentional or unintentional.