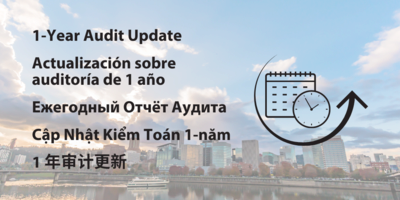 The City is making progress implementing recommendations from our 2019 audit of tax and bond measure accountability.
Published
April 6, 2021 9:00 am

Our 2019 audit found that the City was not always delivering the accountability measures it promised to voters. We directed three recommendations to City Council because it approves all measures the City places on the ballot. Since we issued our report, Council referred two funding measures to voters – Fixing our Streets Two and the Parks Operating Levy. We asked the Commissioners-in-Charge of Portland Parks and Recreation and the Portland Bureau of Transportation to report how their bureaus implemented the recommendations when preparing the new funding measures. We found the City is making progress towards implementing the recommendations.

Parks assessed costs of measures; Transportation did not.

We recommended that Council direct bureaus to assess and document the administrative burdens and costs to implement planned accountability measures to ensure that they are feasible.

Portland Parks and Recreation assessed and documented the administrative burdens and costs for annual reports, a public oversight committee, and independent audits for the Parks Operating Levy based on what it cost to implement the same accountability protections for the 2014 Parks Replacement Bond. Parks also estimated and documented the costs for the staff positions needed to coordinate the new levy and administer the new services it funded.

Bureaus made specific and measurable commitments.

We recommended that Council make commitments in the ballot title and explanatory statement to voters that are specific, measurable, achievable, realistic and when appropriate, time-bound.

Parks included specific commitments in the explanatory statement about what services the levy would fund. The commitments were measurable and appeared to be achievable and realistic.

Transportation included specific commitments in the ballot title about what improvements the tax would fund. The commitments were measurable and appeared to be achievable and realistic. The bureau omitted the percentage split between paving and safety improvements that proved difficult to implement during the first iteration of Fixing our Streets.

We recommended that Council specify the position or body responsible for monitoring accountability commitments, and that early verification and ongoing monitoring of the measures be included in their duties. We also recommended that public reporting include this information.

Parks specified in the ballot title that an oversight committee will review levy expenditures and provide annual reports. In a recruitment for committee members, Parks added that the committee is responsible for reviewing the levy’s progress, outcomes, and independent audit.

Next year, we will check to see if the committees have monitored accountability commitments during the first full year of the Parks Operating Levy and Fixing our Streets Two. We will also check that public reporting about the programs include this information.

Visit our website to view the original 2019 audit report.