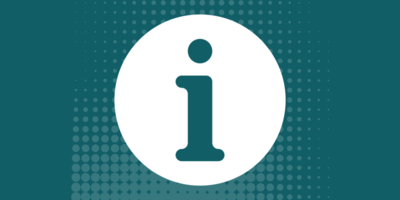 We analyze the performance and management of City operations, recommending changes to improve services. We also coordinate the City’s external financial audit and operate the Auditor’s Fraud Hotline.

Audit Services reports the independently elected City Auditor. This means our work cannot be restricted by City Council; we are accountable to the Auditor and the public.

Each June, the City Auditor identifies a list of audits for the following fiscal year. Topics are selected based on the potential for cost savings, service improvements, or more equitable outcomes.

Do you have ideas for how the City of Portland can:

Send us your ideas using our online form.

Each year the City Auditor identifies a list of audit topics in an annual audit schedule. Your ideas and suggestions will be considered as we select audit topics for the coming year.

Who audits the auditor?

City Code and Government Auditing Standards require the Audit Services Division to have an external quality control review, or peer review, at least once every three years. A team of three auditors drawn from local governments around the country conducts the peer review.

View the most recent peer reviews of Audit Services:

How auditing began in Portland

Through the Portland City Charter, voters in Portland established an elected City Auditor in 1864.  The first City Auditor was then elected in 1868. By City Charter at that time, the Auditor was the chief financial officer of the City, responsible for accounting, financial reporting, and accounts receivable and payable. The only major audit duty specified by the Charter at that time was a pre-audit of claims conducted as part of the accounts payable process.

In response to Portland's rapid growth and the increased complexity of the financial operations of City government, an ordinance was passed in 1972 delegating the Auditor’s accounting duties to the Bureau of Financial Affairs (now the Office of Management and Finance). In 1974, as part of a general reorganization, the Internal Audit Division was created within the Office of the City Auditor.

Between 1974 and 1983 the Internal Audit Division conducted limited scope audits to test financial compliance and accounting controls. In 1983 performance auditing was introduced.

In 1986, voters approved Charter amendments that clarified the duties of the City Auditor and authorized broad-scope (performance) auditing of City operations. Also in 1986 the Audit Services Division was formally created as an independent audit function reporting to the elected City Auditor. Audits conducted by the Audit Services Division are required to be performed in accordance with Government Auditing Standards (U.S. Government Accountability Office).

Send us your comments or questions
auditservices@portlandoregon.gov